Basketball was first played in Australia in 1897, in Adelaide.  That is only 6 years after the game was invented by a Canadian, James Naismith, in 1891.  So basketball has been played in Australia for a long time.  Today, we have the National Basketball League (the NBL) and the Women’s National Basketball League (the WNBL) which are the major professional basketball competitions in Australia.  The NBL started in 1979 and the WNBL 2 years later.  Each league has 8 teams (as at 2018) which generally come from each of the different states or territories of Australia. Interestingly, the men’s league includes a team from New Zealand but, as yet, there is no team from Tasmania in either the men’s or women’s leagues.

Andrew Gaze is one of the best known basketball players in Australia.  He played 20 seasons with the Melbourne Tigers and played 612 games, with an average of 30.9 points per game. He also played overseas, including in Europe and in the National Basketball Association (the NBA) in America, where he played for the Washington Bullets and the San Antonio Spurs.  He was also a key player in Australia’s national men’s basketball team and played in no less than 5 Olympics games for Australia.  That is an amazing feat.  Andrew now coaches the Sydney Kings, one of the current NBL teams, and is a very popular figure in the Australian sports media.  He is, without doubt, my favourite Australian Basketball player and personality.

The national men’s basketball team is called the Australian Boomers.  Boomer is a term used in Australia to describe a large male kangaroo, so it was a great name to choose for our men’s team.  The Australian Boomers have been quite successful in competitions such as the Olympics and the World Cup.  They are currently ranked 10th in the world, although this varies from year to year.  Their best result in the Olympics has been 4th, which they achieved in 1988, 1996, 2000 and 2016.

The national women’s basketball team is called the Opals.  They are named after a colourful gemstone, the opal, which is found in Australia, mostly in outback South Australia.  The Opals currently rank 4th in the world and their best result at the Olympics has been second, which they achieved in 2000, 2004 and 2008. 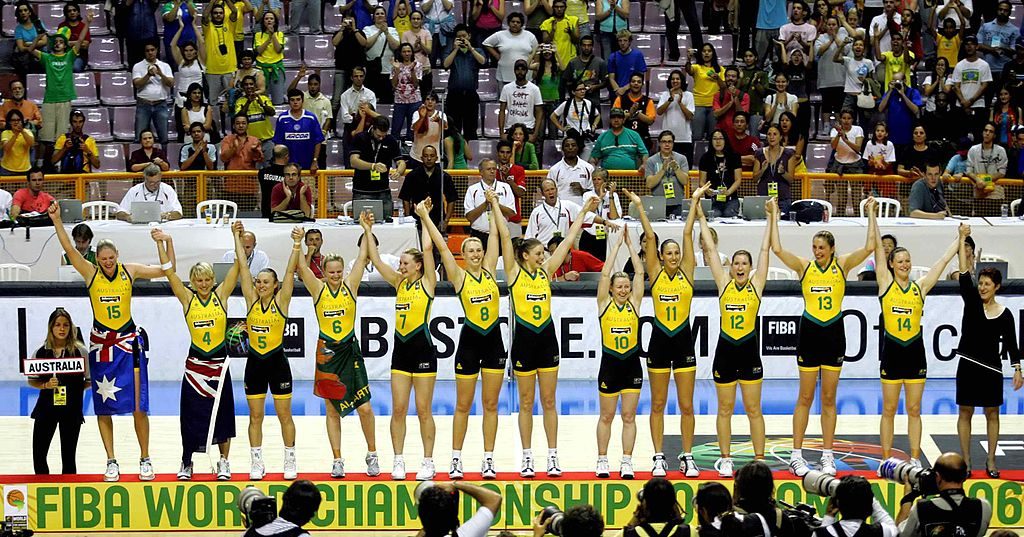 Mullum Mullum Stadium
A modern basketball centre for the local community in the suburb of Donvale, Melbourne.

Both our boys played basketball when they were in primary school and they enjoyed it a lot.  They got excellent coaching from volunteer coaches.  The competitions are run by parents and other interested volunteers who help out to make sure the competitions run smoothly and are safe for all children.  The Roy Morgan Research Institute reports that an estimated 840,000 children between the ages of 6 and 14 play basketball in Australia.

With so many children playing basketball, it is no wonder we have produced so many good players like Andrew Gaze.  Other famous Australian basketballers include Ben Simmons, Matthew Dellavedova, Lauren Jackson and Luc Longley, just to name a few.  It’s great that so many Australian men and women can reach the top in world basketball.  But I think it is even better when so many Australian children, from a young age, can enjoy the fun and friendship that playing in a basketball team brings.

Podcast 105 Quiz - Did you understand the podcast?

amazing = when people find something hard to believe.  When something is very, very good

arena = a large building where sports are played

average = the middle number in a range of numbers.  To calculate an average, add all the numbers and then divide the total by how many numbers you have

championship = a competition where the best players or teams play

classic = something of quality, a good example

describe = to say how something looks or what it means

feat = to achieve something, to do something very difficult to do

gemstone = a colourful piece of stone found in the ground, for example, diamonds, rubies, opals

includes = things or people that are in the same group

invented = made or created for the first time

joined = to become part of a group

League = a competition with many teams

National = when things are at a high level, at the level of a country or a nation

no wonder = when something is expected

organises = to put things in order, to make things work

outdoor = away from a building, in the open air

overseas = not in Australia, in another country

quite = (here) rather, when something is neither very good nor very bad

ranked = when you put things in order, for example from lowest to highest

recent = just a short time ago

states = an area of Australia which has its own government, for example, Victoria

successful = when you reach your goal, or your aim, or you get the job done

term = a word used to describe an idea

territories = a region under the control of a higher government

titles = the name given to describe the winner of a competition, for example, World Champion

venues = places where events are held, for example, sport events.