Prior to the Rio Olympic Games of 2016, Australians had won a total of 139 Olympic gold medals.   This puts us 11th on the all-time list of gold medal winning countries in the world, which is not too bad given our population of around 24 million.  The USA is on top with 976 gold medals, followed by the Soviet Union with 395 gold medals.

By far our most successful sport at the Olympics is swimming.  Prior to the Rio Games, Australia had won 57 gold medals in swimming.  Our greatest medal winning swimmer is Ian Thorpe, who has won 5 gold medals.  In fact, 8 of the top 10 Australian gold medal winners are swimmers, with the other 2 being track and field athletes.

After swimming, our next most successful Olympic sports, in order, are track and field athletics, cycling, rowing and sailing.  It’s interesting that 3 of these top 5 sports are water sports.  It says something about how much Australians love the water.  From 2020 in Tokyo, surfing, another water sport, will also become an Olympic sport.  I am sure that Australians will be right up there winning medals in surfing too.

Australia’s most successful Olympic Games in terms of medals have been 1956 in Melbourne and 2000 in Sydney.  These also happened to be the Games which we hosted here in Australia.  Our teams were the biggest at these games and the ‘home ground advantage’ really helped our athletes.  When almost the entire crowd is cheering for Australia, it is no wonder that we perform at our very best.

I and my family were lucky enough to attend the 2000 Olympics when they were held in Sydney.  We drove up from Melbourne in our car. To get tickets to the events, you had to enter a ballot which was held many months before the games.  We didn’t get our first choice of sports, but we were fortunate to get tickets to the field hockey, the Taekwondo and finally a day at the track and field athletics in the main stadium, when heats were being run. 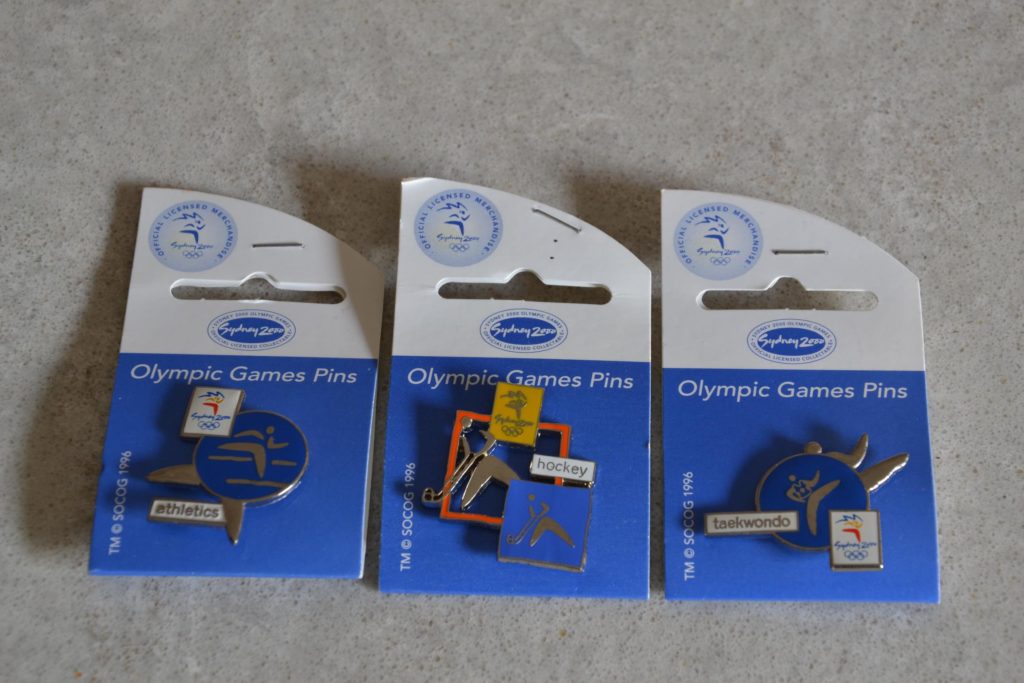 We didn’t get to see any finals but we saw many great champion athletes compete. What an experience!  The new Olympic Stadium at Homebush in Sydney was magnificent.  The thing that really gave me the tingles was the way the crowd would cheer every runner across the line, especially if they were a long way behind everyone else in the race.  Often, the ones who come last have come from countries with poor training facilities or with a lack of top coaching.  The crowd, especially an Australian crowd, will always cheer for someone who is battling bravely against adverse circumstances.  That is what the Olympics are all about and it was wonderful to witness that in the main stadium in Sydney in 2000.

While we didn’t personally see any finals, I think the most memorable moment from the 2000 Sydney Olympics was Cathy Freeman’s inspirational win in the womens’ 400m.

Cathy Freeman was a 400 metre runner at the time and was 27 years old.  She had finished second in this event at the 1996 summer Olympic Games in Atlanta.  Coming into the Sydney Olympics, she had improved and was the world 400 metre champion.  She was seen as one of the main hopes for an Australian gold medal in track and field athletics.   Most importantly, Cathy is an indigenous Australian. No indigenous Australian had ever won an Olympic gold medal in track and field athletics and for this reason alone, the spotlight was on her.   Cathy was also seen as a modest person who worked hard and didn’t seek out attention.  She was seen as a deserving young Australian and people really wanted her to win a gold medal.  She was chosen to light the Olympic flame at the start of the Games which was a wonderful honour.  However this must have increased even more the pressure she must have felt.  The expectations of all Australians, and especially her fellow indigenous Australians, were extremely high.  The pressure to win must have been almost unbearable.

I remember watching that race on television, along with just about every other Australian.  Everyone was aware of how much pressure there was on Cathy to win – especially in front of a huge home crowd and a massive worldwide television audience.  We all desperately wanted her to win.  As the runners sprinted around the last bend into the final straight, it seemed that Cathy was in second or third place.  We all held our breath and watched as Cathy took command. The cheering from the home crowd was deafening as she sprinted into the lead down the last 100 metres.  It was a great and inspirational victory and it became a symbol of the great success of the Sydney Olympic Games.   I still get the tingles when I watch the video of her great win.

Podcast 80 Quiz - Did you understand the podcast?

athletics = running, jumping, throwing – sports played at the Olympics in the stadium

battling bravely = when you are trying hard to win a competition

champions = a sportsman or sportswomen who win the competition

desperately = to want something very, very much

entire = everybody or everything

expectations = when people are hoping that you will do something, usually quite hard

high profile = when you are well known to people

honour = to be given a reward for being very, very good at something

improve = to get better

indigenous = the first Australians who came to Australia over 50,000 years ago

inspirational = when someone or an event makes you want to improve

involvement = when you take part in something

medals = prizes given to the winners which look like large coins

modest = when you are very good at something, but you don’t tell other people

sprinted = to run as fast as you can

stadium = the arena where sport is played

successful = when something works really well and you are a winner

surfing =  to ride the waves in the sea on a board

symbol = when something makes you think of something else

took command = to be better than others

unbearable = when something is too heavy to hold

water sports = sports which happen on or in the water

--Download Podcast 80 - Australia and the Summer Olympics as PDF --