I recently travelled to Europe on holiday. For an Australian, this is a big trip. It takes around 18 hours by air to get from Melbourne to a major city in Europe. Now that is a long time. I’m reasonably tall at around 6 feet 1 inches or 185 cm. Fitting comfortably into an economy seat in an airplane is very difficult. But being uncomfortable inside an airplane is something people have come to accept, especially in Australia which relies on air travel so much. In this podcast, I would like to talk about air travel in Australia.

As far as size is concerned, Australia is a large country. For example, you can fit Europe at least two times into the area of Australia. The airplane trip from Sydney, on the east coast, to Perth on the west coast, takes around 5 hours. That’s around 4000 km. If you were driving a car nonstop, it would take around 43 hours. Wow! With distances like these, air travel is really the only way to go, unless you are taking a long holiday and plan to stop at different places along the way. 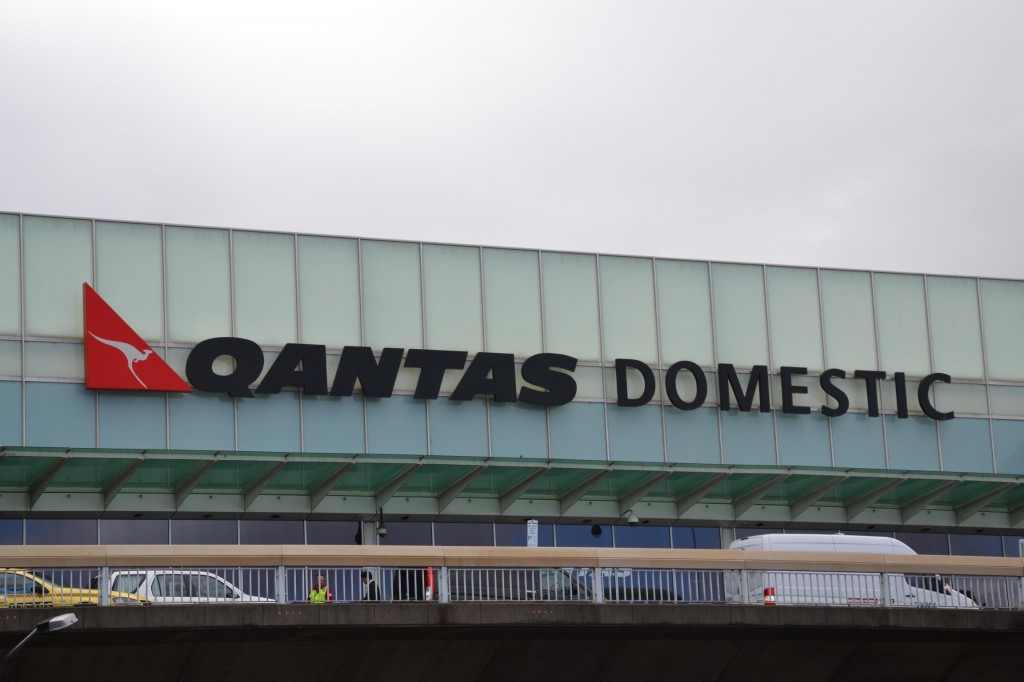 Australia has 4 major domestic airlines. The first is Qantas which is Australia’s largest airline. It has been operating since 1920 when it was established as the Queensland and Northern Territory Aerial Services, or Qantas for short. Qantas is a full service airline which means you generally pay a little more for full inflight service which includes meals and inflight entertainment. It is also Australia’s major international airline. It has around 200 airplanes including the latest large jets such as the Airbus 380. It has an alliance with Emirates, an airline from the United Arab Emirates, so that it can offer destinations all over the world. I sometimes have to travel from Melbourne to Perth to visit members of my family, and I often travel on Qantas because of the meals and inflight entertainment such as the movies. On a 4 hour flight that is important. See www.qantas.com.au for more information.

The second airline is Virgin Australia, which is a part of Richard Branson’s Virgin Group. It started in 2000 and offered a more basic inflight service than Qantas but with generally cheaper fares. It has now moved up market a little and offers more services such as meals and inflight entertainment. I have travelled on Virgin flights to Perth and always found them to be very friendly and efficient. I like the way the staff treat their customers. They are always friendly and trying to make the travel a fun experience. See www.virginaustralia.com.au for more information. 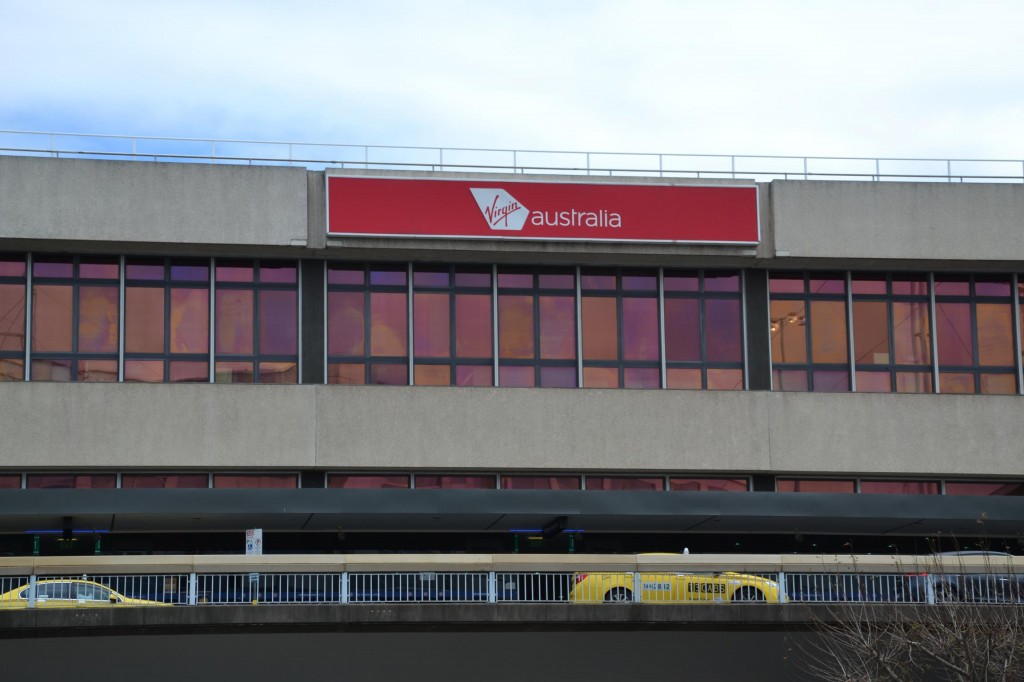 The third airline is Jetstar, which is owned by Qantas and is their cut price airline subsidiary. They offer cheap prices and a basic inflight service. They started in 2004 and have grown quickly, with many Australians liking their cheap prices. I have flown with Jetstar several times and found them to be friendly and efficient. I prefer them for shorter flights, such as flying from Melbourne to Sydney, or from Melbourne to Hobart. The lack of inflight services is not such a problem on short flights. Jetstar also provides international flights now, from Australian cities to Asian cities such as Tokyo and Singapore. See www.jetstar.com.au for more information. 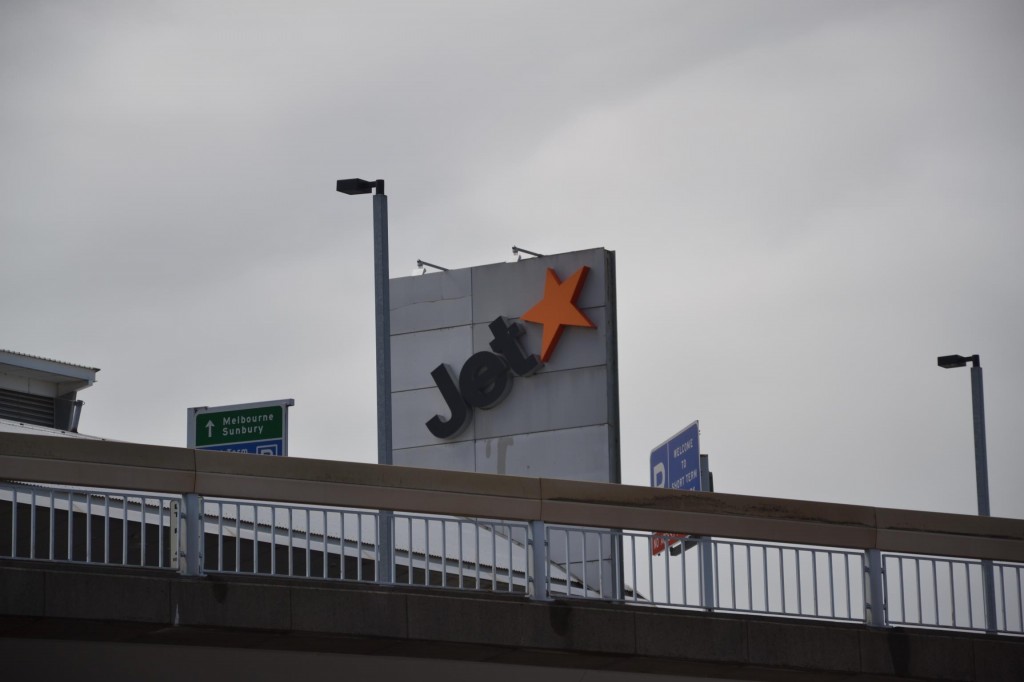 The fourth airline is TigerAir, Australia’s newest airline. They aim to offer the cheapest fares of all with a basic inflight service. For example, you need to pay to check in a bag. They started in 2007 and continue to grow. I have not flown with TigerAir but I have friends who have and they said there were no problems. TigerAir did have some problems in its early years but that seems to have been sorted out now. See www.tigerair.com.au for more information.

There are a number of smaller airlines in Australia which fly to smaller towns away from the major cities. These include Rex Airlines, Skywest and Airnorth.

When you are flying from Australia to overseas and vice versa, you have a wider choice of airlines. I think this is a more important choice and sometimes price is not the most important factor. Eighteen hours in an airplane is a long time if you are not happy with the service. I have been to Europe with my family around 6 times now and the trip can be very tiring. Some people can sleep on long airplane flights, but unfortunately I don’t have much luck there. So for me, a good range of inflight movies, music and regular snacks and meals are important. This last time on our flight to Europe, my wife and I flew with Singapore Airlines. They were great. I like the friendly cabin crew and the high quality food. The movies are also usually very good. I watched Anchorman 2 and I laughed a lot. That was a funny movie.

It’s interesting to note where people like to sit. I like to sit in an aisle seat, so that I have a bit of room on one side at least to stretch out. Some people like the window seat because of the view, but for me, having to disturb other people to get out of your seat is a real disadvantage. I like to go for a walk every now and then so an aisle seat is the one for me.

Many people say they love to travel and see the world. I would agree with that, but sometimes the flight can be tiring and uncomfortable. The destination is always the best part of travelling, in my opinion. 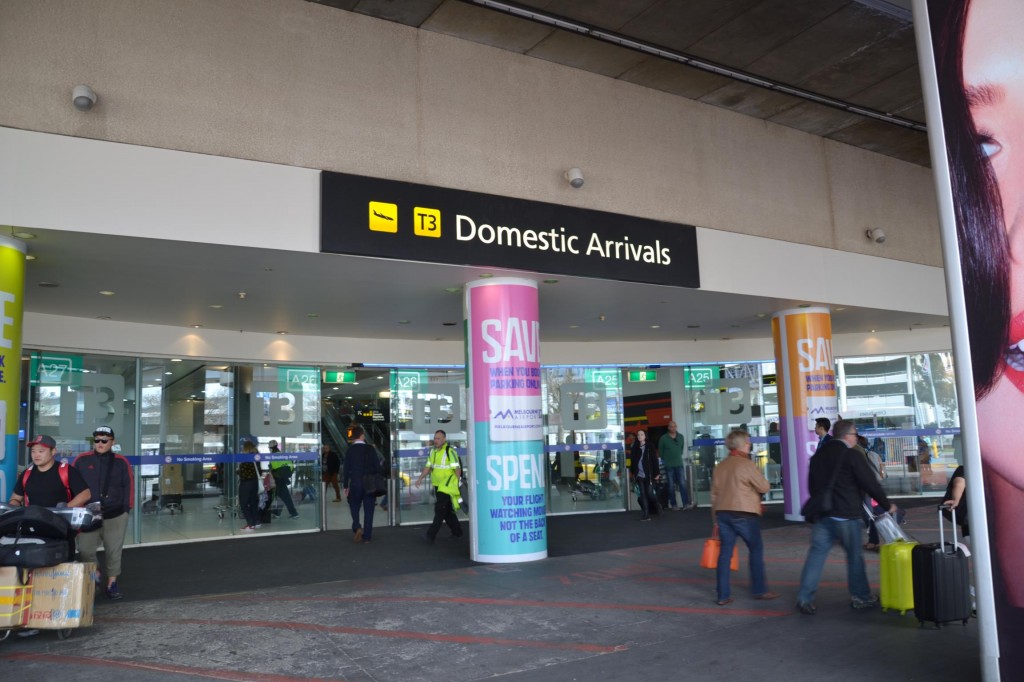 Podcast 46 Quiz - Did you understand the podcast?

Vocabulary
accept = to be happy with something
aerial = in the air
airplane = a machine which flies through the air. Can also be spelled ‘aeroplane’
aisle = the space in an airplane where you can walk
alliance = partnership, working together
basic = the minimum, the least amount
cabin crew = the people who serve you in an airplane
cheaper = costs less
coast = where the land meets the sea
customers = the people who pay to have the service or product
cut price = low price
destination = the place you are going to on a trip or journey
disadvantage = something which is not good
disturb = when someone else has to move for you
domestic airlines = airlines which fly within Australia (not internationally)
economy = cheapest. Also called ‘coach’ in America
efficient = works very well
established = started
Europe = a region of the world including France, Germany, Spain, Italy, Great Britain and other countries
factor = something you think about when making a decision
fitting comfortably = the right size for you
flight = when you fly somewhere
inflight = during an airplane flight
international = outside Australia, other countries
jets = a special type of engine used in airplanes
major = large
operating = in business, when something is working correctly
prefer = like
reasonably = not too large and not too small
regular = when something happens again and again
relies = when you use something regularly
snacks = something small to eat
sorted out = fixed, now working correctly
stretch = move your arms and legs out
subsidiary = a part of a bigger group or company
treat = how well the service is provided
trip = when you go to another place
vice versa = the opposite