When I was a young man in the late 1960s and early 1970s, the dangers of cigarette smoking were only just starting to become known. I was a smoker for about 2 and a half years from 1970 to 1972 when I was at university. It seemed the cool thing to do and I wanted to be cool. Cigarettes were reasonably cheap back then so I took up smoking when I was in my first year at university. I can also remember the very day when I gave up smoking forever. It was the 7th of September 1972. I was having a smoke on my bed. My cigarette packet was about half empty. I looked at the cigarette in my hand and thought, I’m not really enjoying this. This is a dirty habit and I will stop right now. I put out my cigarette and threw my half full packet into the rubbish bin. I have never smoked since, not even once.

It was one of the best decisions I have ever made. That’s because smoking kills a lot of people each year. For example, smoking-related diseases killed 14,900 Australians in the financial year 2004–05. This amounts to 40 preventable deaths each and every day. There is now absolutely no dispute about the very dangerous effects of cigarette smoking on your health. 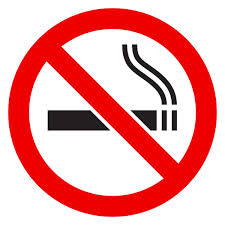 Actually, Australia has become a leader in trying to get people to stop smoking. It was a little late to get started, but now it leads the world in many respects. It is interesting to note that the first research report which linked smoking and lung cancer came out in 1950, two years before I was born. In 1964, the US Surgeon General announced that smoking causes lung cancer. That was a big step towards educating people about smoking. In 1965, in the United Kingdom, television advertising for cigarettes was banned. These were early actions by governments and more were to come.

The history of actions against smoking in Australia is also very interesting. For example, in 1973, the Australian government required that all cigarette packs carry a warning. It read ‘Warning – Smoking is a health hazard’. Not a very strong statement I agree but an important first step. Between 1973 and 1976, all television advertising for cigarettes was phased out. From the late 1970s, state governments in Australia had started a campaign called ‘Quit’. These campaigns have continued in Australia and they offer help and support to people so they can quit smoking.

In 1986, smoking in Australian public service workplaces was banned. This was a very important step. I can remember this very well as I had started to work in a government department just before this. It was great when you no longer had to put up with colleagues smoking in meetings and at their desk. This spread and in the 1990s, smoking bans were implemented in workplaces right across Australia. In 1987, outdoor advertising of smoking was banned and in 1991, cigarette advertising in all print media was also banned. At the same time, the Australian Federal government was increasing the tax and excise duty which smokers have to pay when they buy a packet of cigarettes. These taxes have increased further in the 2000s. In 2012, the tax alone on a packet of cigarettes in Australia was around 63% of the price and this is set to rise each year into the future. In 2014, the average price of a packet of cigarettes is around $18. It’s not cheap if you smoke. If these higher prices can encourage people to stop smoking, then I think they are a good thing.

The area where Australia is leading the world is in plain packaging for cigarettes. This was introduced in 2012 and Australia is the first country in the world to do so. Plain packaging means that there must be no brand images on the packet, a standard colour must be used and the brand name must be a standard size and font. There are also large printed health warnings on the packets, along with very graphic photographs showing diseases caused by smoking. I find these photographs shocking I must admit. It’s a wonder any smoker can bear to look at them. It would certainly put me off smoking. The warnings are also quite shocking. Some example warnings are: Smoking causes mouth and throat cancer, Smoking causes heart disease, Smoking causes lung cancer, Smoking causes blindness and Smoking harms unborn babies.

As well as these changes to cigarette packets, all states in Australia have implemented bans on smoking in certain places. For example, in Victoria where I live, you are not allowed to smoke in an enclosed public place. That means smoking is banned in places like restaurants, bars, clubs, hotels, shops and shopping centres, just to name a few. If the building is a workplace (ie there are people employed there), then smoking is not allowed. You can’t smoke in or under a train station, a tram stop or a bus stop and you can’t smoke in a school playground. If you are in a car where there are children under 18 years of age, you can’t smoke. From Tuesday 1 April, 2014, smoking is also banned outdoors within 10 meters of children’s playgrounds and skate parks, sporting venues if children under 18 are participating and within public swimming pool grounds. If you are at a beach where surf life savers have set up swimming flags, then you are not allowed to smoke on the beach between or near those flags. There are a few exceptions but you can see that Australian governments are serious about stopping people from smoking. If you break these rules, you must pay a fine. It’s the law.

Smoking hurts everybody. The smokers will most likely get sick or die and everyone else must help to pay their health costs through Medicare. I’m glad that these laws have been made to help prevent people from taking up smoking. I’m grateful that no-one in my family smokes. These laws seem to be working. In fact, over the years, the percentage of Australians who smoke has gone steadily down. For example, in 1980, 41% of males and 30% of females were smokers. In 2010, these had dropped to 22% for males and 18% for females. This is a significant drop as you can see. It’ll be a great day when the makers of cigarettes decide that Australia is no longer a good place to sell them.

Podcast 42 Quiz - Did you understand the podcast?

You may take the quiz as many times as you like.  An individual’s score are not recorded.

Vocabulary
absolutely = completely
advertising = when you tell somebody to buy a product. For example, on television
amounts = adds up to
announced = to tell everybody something
Australian public service workplaces = places where government workers do their work
banned = when you are not allowed to do something
brand images = pictures or special print which tells the buyer what your product is
campaign = when you try to get people to do something different, by advertising and other means
colleagues = the people you work with
cool = when something is thought to be stylish, modern, desirable.
dangerous = when you could get hurt, sick or die
department = a section of a larger organization, or a section of the government
dirty = when something is not clean
dispute = when people don’t agree about something
educating = to teach
employed = when you have a job
enclosed = fully indoors
encourage = when you try to get someone to do something
exceptions = when the normal rules do not apply
excise duty = a special type of tax
financial year = from 1 July to 30 June
font = the size and shape of the printing in written words
graphic = pictures
habit = something which you do every day
implemented = to be put in place
leader = to be the first, to lead others
linked = when one thing causes another thing
lung cancer = a serious sickness in your chest
Medicare = the Australian government program which pays for the costs of looking after sick people
packaging = the box which a product comes in
packet = a small box made of paper
participating = taking part in something
phased out = to stop doing something in stages
preventable = could be stopped
preventing = to stop something from happening
print media = newspapers, magazines and books
reasonably = not too high or too low
research = when people search for new information
respects = ways
shocking = when something surprises you
significant = important or large
smoking-related diseases = sickness caused by smoking. For example, lung cancer
spread = when something goes from one place to other places
standard = a common way
statement = a message
US Surgeon General = the head of the health department in the government of the US
venues = a place where an event is happening. For example, a sports ground