New Zealand is very similar to Australia in so many ways.  Our histories are closely linked.  The six colonies that made up Australia, along with the colony of New Zealand, were all originally governed by Great Britain.  When Australia was first created as a nation in 1901, New Zealand took part in the planning.  Ultimately, New Zealand decided that it would not become part of Australia and it continued on its own path to nationhood. During the First World War from 1914 to 1918, soldiers from Australia and New Zealand were combined into a single army called the ANZACs, which stands for Australian and New Zealand Army Corps.  This army first went into battle on the shores of Gallipoli in Turkey on the 25th of April 1915, where the troops landed and came up against a strong and determined Turkish army.  The ANZACs suffered high casualties and eventually had to withdraw 8 months later.  Although the battle was lost, it had become a very important part of the history of both Australia and New Zealand, as it was the first time that both countries had stood on their own on an international stage.  That battle is remembered each year on ANZAC day, the 25th of April in both Australia and New Zealand.  It is an important national day when all Australian and New Zealand war service men and women are honored for their service to their countries. 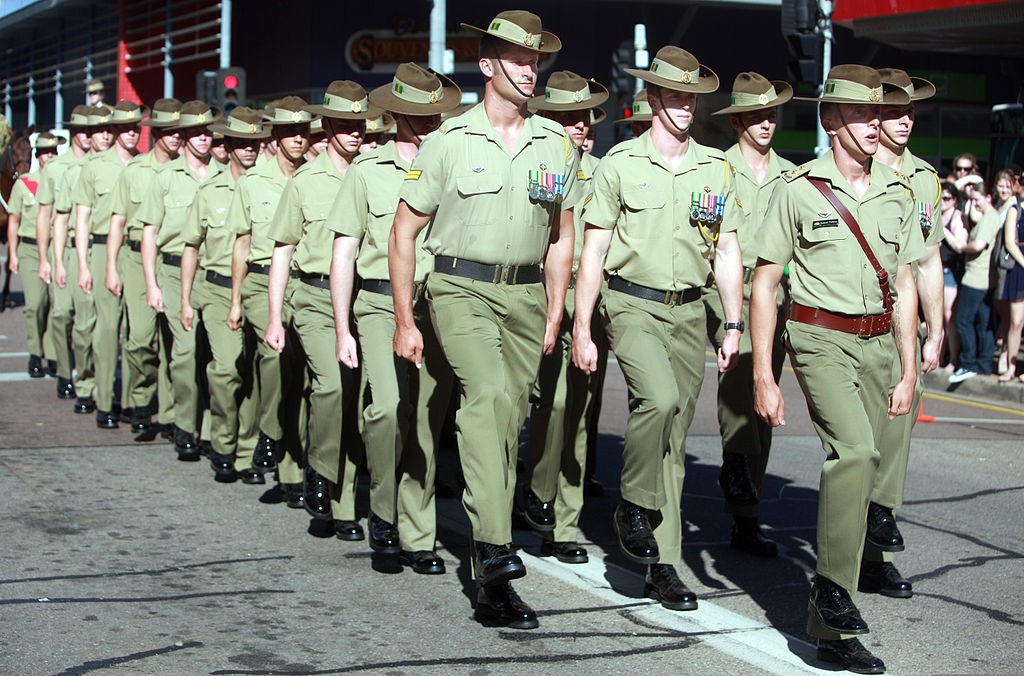 New Zealanders also have the right to live and work in Australia for as long as they like and many have done just that.  In fact, around 2.6% of the population of Australia were born in New Zealand.  That’s about 550,000 people.  It would seem that wages in Australia are better than in New Zealand and perhaps the opportunities for work are better.  Whatever the reason, New Zealanders have certainly come here in high numbers.  It’s important to note that New Zealanders who choose to live here are generally not able to obtain welfare payments and other benefits from the government in Australia.  One benefit they are entitled to is the Medicare benefit covering doctors’ visits and also free treatment in a public hospital.   To get the full range of benefits in Australia, New Zealanders must apply to be permanent residents of Australia which is quite a long and involved process.  Not all those applying will be able to meet the criteria.

By comparison, Australians also have the right to live and work in New Zealand for as long as they choose.  However, by contrast, if they have lived there for 2 years, they are entitled to many of the government benefits which New Zealanders receive.  It seems to me that Australians going to New Zealand are treated more generously than New Zealanders who come here.  I’m not sure why that is the case.  Perhaps it will change one day.

While New Zealanders and Australians are close and have a lot in common, there is one area where they want to share nothing at all.  That is in sport.  New Zealand has a population of around 4.5 million, compared to Australia with around 23.1 million.  Notwithstanding its small population, New Zealand has always been very successful in sport.  Their teams know how to win and they love nothing better than to beat Australia.  I must say that I am always impressed at how well they perform.  For a nation with only 4.5 million people, they do remarkably well, incredibly well.  They ‘punch well above their weight’.  This means that they do much better than you would expect them to do, given their very small population.  It’s because their population is so much smaller than ours that Australians feel that they must always beat New Zealand.  But usually, we have to play our very best in order to do that.  A classic example is women’s netball.

Netball is very popular in Australia.  In fact, it is the most popular women’s sport here, with an estimated one million players around Australia.  It is also played in New Zealand where it too is the most popular women’s sport. In fact, netball is played by around 20 million people in over 80 countries around the world.  Australia’s national team is called the Diamonds and New Zealand’s national team is called the Silver Ferns. The first Netball World Cup was held in 1963 and since then, the two top teams in the world have been Australia and New Zealand.  And what a rivalry they have!  The games are played with fierce determination and high levels of skill and energy.  The results are always close.  Australia has won the Netball World Cup 11 times and New Zealand 4 times.  The Diamonds most recent battle with the Silver Ferns was in the 2015 Netball World Cup.   The Australians lost only one match during the preliminary rounds and that was against New Zealand, by 5 points.  After all the rounds and semifinal games were completed, the final for the Netball World Cup was between Australia and New Zealand.  What a match! Australia won by just 3 points.

On the other side of the ledger, it is in the game of Rugby Union where New Zealand is clearly superior.  Rugby Union is the main winter sport in New Zealand and is watched by more people there than any other sport.  In Australia, by contrast, Rugby Union is the third most popular football code, behind Australian Rules Football and Rugby League.  Even so, it has a strong following in Australia.  The New Zealand team is called the All Blacks, while the Australian team is called the Wallabies.  Every year they play against each other for the Bledisloe Cup.  The All Blacks have won the Bledisloe Cup 43 times since it started in 1931.  Australia has won it only 12 times.  The contest usually involves 3 games each year and they attract large television audiences.  The All Blacks are a fearsome team, especially at the start of the game when they do a special dance called the Haka.  There is rejoicing in Australia when the Wallabies manage to beat the All Blacks.  But it doesn’t happen very often. 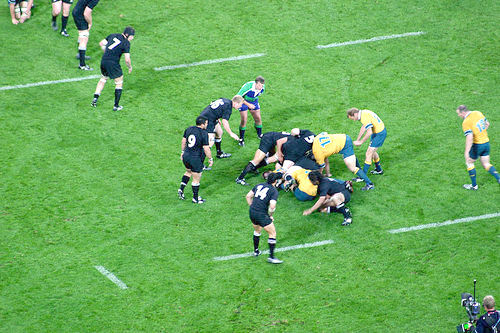 Australia’s rivalry with New Zealand is also strong in other sports.  There is the cricket, the rugby league, the soccer and the hockey.  In all these sports, Australia and New Zealand always have fierce and close contests.  Our rivalry really shows when the summer Olympics are being held.  Everybody is watching the tally of gold medals to see which country has won the most.  Australia has always been ahead of New Zealand, but New Zealand is always close.  In 2012 in London, they won only one gold medal less than Australia.  That’s close. There has even been a song written about our rivalry, called As Long as We Beat New Zealand.  It’s a comedy song and it’s pretty funny, but there is some real truth in the words.  We really do love to beat New Zealand.

Podcast 64 Quiz - Did you understand the podcast?

apart = when two things are not close
attract = when people like something and come to see it
audiences = the people who watch performers
battle =  a fight between two armies
benefits = welfare payments
casualties = injuries, when you get hurt or killed
classic = something of quality
colonies = areas that are controlled by a foreign country
combined = together
comedy = something which makes people laugh
contests = when two people or teams compete
criteria = standards that you must meet (singular is criterion)
determined = when you really want to do something
entitled = when you have the right to something
estimated = when something has been guessed
eventually = finally, after a period of time
fierce determination = when you really, really want to do something
generously = when someone gives a lot to someone else
impressed = when you think someone or something else is very good
incredibly = almost hard to believe
involved process = when you must do certain steps in order to get something done
involves = part of something or part of a process
linked = connected, when two things have something in common
manage = to make something work
nationhood = to be a nation
notwithstanding = despite this
opportunities = when you are able to choose to do something
originally = previously, earlier
other side of the ledger = the opposite
permanent residents = when you live in a place and do not plan to leave
preliminary = something which is less important, which goes before
pretty funny = very funny (usually said when something is also serious)
rejoicing = to be very happy
relationship = when two people or groups of people know each other
remarkably = when something is very good or stands out
semifinal = the games before the final.  The winner goes into the final game
separated by = when something causes two things to be apart
shores = where the ocean meets the land
similar = almost the same
stands for = means
stood on their own on an international stage = to be independent
suffered = when someone has had bad things happen to them
superior = better
tally = total
ultimately = finally
wages = the amount of money you get paid for a job
welfare payments = money you get from the government when you are poor or in need
withdraw = to go away, to remove yourself