It’s amazing how much people love their pets (see Podcast 16).  I guess this is true of people all over the world.  In Australia, people are concerned for the welfare of all animals, not just those which we chose to keep as pets. Our concern is that they should always be treated humanely.  In this podcast, I would like to talk about how we protect animals in Australia and especially the critical role played by the Royal Society for the Prevention of Cruelty to Animals (or RSPCA for short).

Let’s face it – unfortunately some people don’t look after their animals properly and there are even some people who are actually cruel to animals.  Thankfully, these are very few.  There are many people who have the responsibility for looking after animals. Some examples include household owners of cats or dogs, farmers with cattle or sheep, race horse owners and trainers, breeders of pedigree dogs or cats, companies who transport animals from one place to another, greyhound racing trainers or in fact anyone who has the responsibility to look after the animals in their care.  Their responsibility is to ensure that the welfare of the animals in their care is maintained.  Animal welfare means that the animal is healthy, comfortable, well fed, safe, not suffering from pain, fear or distress and able to live a life where they can express their normal, natural behaviours.  This includes ensuring that, should they become sick or injured, the animals are given appropriate veterinary care or are humanely euthanized if that is appropriate.

Animal welfare laws are in place in every state and territory in Australia and all Australians who are involved with animals must abide by these laws and regulations.  In each Australian state and territory, the government appoints inspectors whose job it is firstly to identify situations where animal welfare is not being maintained according to the law, and secondly to prosecute offenders where appropriate.  Members of the Police Force in each state have this role in animal protection, along with other inspectors who are appointed. In all states except the Northern Territory, the government has appointed the Royal Society for the Prevention of Cruelty to Animals, or RSPCA, as inspectors for animal welfare.

The RSPCA has a branch in every state and territory.  As well as being inspectors, they do a range of other important things, all aimed at protecting and caring for our animals.  I will talk about the RSPCA in my home state of Victoria, as each state branch is a little different.  Note that I will only do a brief summary here.  For detailed information, please visit the RSPCA Victoria website, at https://www.rspcavic.org/.

As inspectors, it is RSPCA’s job to receive and investigate reports of cruelty and neglect of animals.  Where required, their job includes rescuing animals and prosecuting the offenders in court.  For example, every year in Victoria they receive around 10,000 reports of possible animal cruelty or neglect from members of the public, all of which need to be checked out.  In addition to reports about animals in households, they can be required to inspect animal situations in abattoirs, circuses, hobby farms, markets, pet shops, riding schools, rodeos, shelters, zoos and many more.  Luckily, in 2018/19, there were only 94 prosecutions in Victoria for breaching animal protection laws.  Typical examples of investigations could include sick or injured domestic animals, pets without enough food, water or shelter, domestic animals which are underweight or emaciated, pets being bred in puppy or kitten factories (which is illegal) and selling of puppies or kittens in pet shops (which is now illegal in Victoria).  Some types of animal welfare issues are handled by the police, such as when a pet is found locked in a car on a warm day.  This is an emergency and is handled by Police who can attend from the nearest police station immediately and rescue the animal from the car.

Another important role of the RSPCA is to provide shelters for unwanted domestic animals.  In Victoria there are 7 animal care centres where unwanted or lost domestic animals are kept and cared for.  In 2018/19, the RSPCA cared for around 20,000 animals, over half of which were cats.  RSPCA staff and volunteers ensure that these animals are well cared for.  Some animals are re-claimed by their owners, but many are offered for adoption by a new family.  You can view animals available for adoption online and RSPCA processes ensure that all animals go to the right home and the right family, as each adoption is for life. https://www.rspcavic.org/adoption  I must admit that I smile when I look at the online pictures of the animals up for adoption.  It is no wonder that around 10,000 animals are adopted by new owners each year from RSPCA Victoria. What a great service this is both for the adopted animals and their new owners.

The RSPCA also has other roles.  It operates two veterinary clinics which the public can use to keep their own pets fit and healthy.  Another major function is education of the community and particularly school children.  They are taught about animal welfare and skills in caring for our animals.

Lastly, the RSPCA plays an active role helping to bring about improvements to animal welfare through actively seeking changes in government policy and our laws.

In 2018/19, the RSPCA Victoria received 69% of its income from donations, so it is heavily dependent on the good will of Victorians to allow their operation to keep going each year.  I believe there is a strong feeling of support for the RSPCA in Victoria and in Australia overall.  We love our pets and we know that the RSPCA is a trustworthy charity. 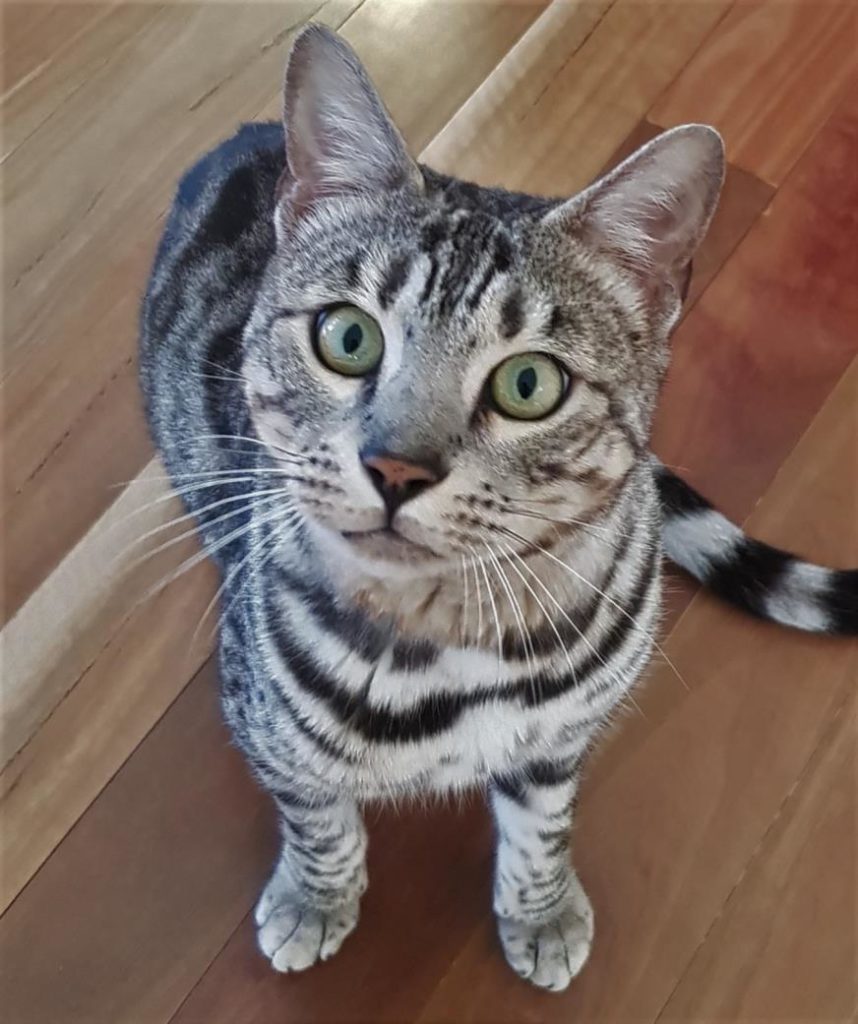 I have been fortunate during my life that I have never personally seen examples of animal cruelty or neglect.  The RSPCA has made a very strong contribution in Australia to ensure that animal welfare here is generally something we can be proud of.

Podcast 119 Quiz - Did you understand the podcast?

abide = to follow, to do as you are told

appoints = to choose, to give power to

behaviours = the way things are done

charity = an organisation which helps people or animals in need

checked out = to find out about, to look at

dependent = when you need somebody else to help you

distress = to be feeling very bad

emaciated = very, very thin, so that your bones are showing through your skin

ensure = to make sure something happens

fed = to have eaten food

greyhound = a type of dog used for dog racing

humanely = when something is done in a nice, friendly, gentle way (opposite of cruel)

inspect = to look closely at something

investigate = to find out about something, to research into

issues = a situation that is a problem

maintained = kept at the same level

neglect = when you ignore someone or something, when you don’t look after it

no wonder = as expected

offenders = people who break the law or rules

pedigree = of high or pure quality

processes = the steps you take in order to do something

prosecute = to take someone to court for breaking the law

protect = when you keep someone or something safe

regulations = a set of rules

responsibility = when you must do something

situations = how things are, when something is happening

trainers = people who prepare athletes or animals for racing or competing

transport = to move or carry something from one place to another

treated = given care, looked after

veterinary = to do with the health of animals

welfare = the general health and happiness of a person or animal

--Download Podcast 119 - Animal Welfare in Australia - The RSPCA as PDF --