Australians are a nation of drivers.  We use our cars to do most of our travelling.  However, as is the case the world over, many of us are not as careful as we should be when we drive.  Sometimes we don’t pay attention, or we think our skills are better than they actually are, or we just willfully break the road rules. In cases such as these, we often get caught by the police and are charged with a traffic offence. In this podcast, I would like to talk a little about the demerit system which applies when we get caught breaking some of the rules of the road here in Australia. 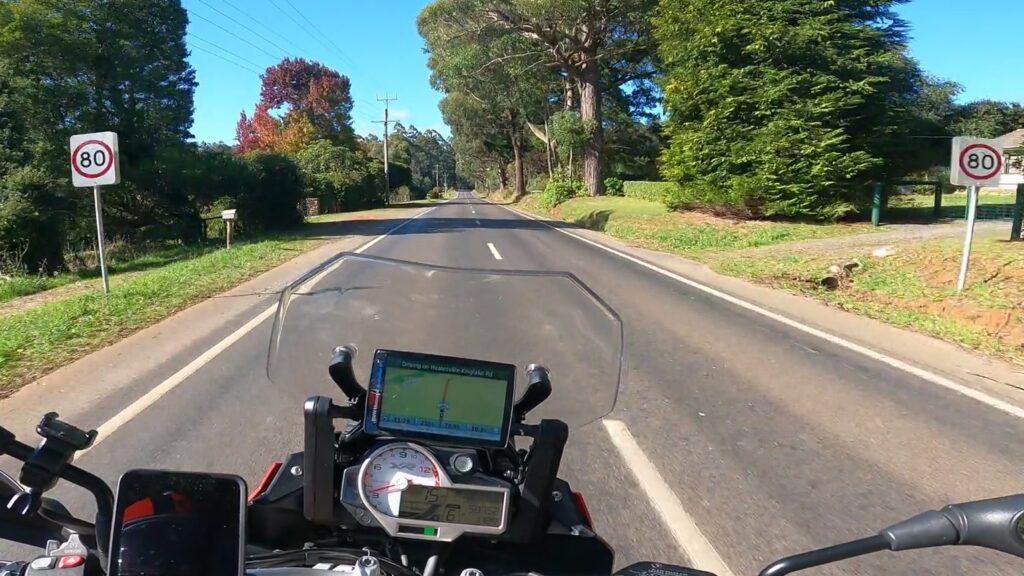 The speed limit here is 80 kmh.

The road rules are there to keep us safe.  In 2021, despite millions of people being in covid pandemic lockdowns for much of the time, there were still 1,127 road deaths across Australia.  To encourage Australia’s drivers to stick to the road rules, we have a penalty system called the demerit system. It is designed to encourage people to obey the rules. The truth is that many Australians will earn some demerit points during their life as a driver.  Common traffic offences in Australia covered by the demerit point system include speeding, using a mobile phone illegally while driving, not obeying red traffic lights and not wearing seat belts.  More serious offences such as driving while affected by alcohol and drugs are outside the demerit point system and have severe penalties including instant loss of licence and fines.

To encourage people not to break the law, the demerit system was introduced and operates in all states and territories of Australia. There are minor differences between the states, so I will describe the system as it operates in Victoria, as that is very similar to the others. I don’t claim to be an expert on this topic, and anyone wanting a detailed and accurate description should visit the Victorian State government site at this link. https://www.vicroads.vic.gov.au/licences/demerit-points-and-offences/about-demerit-points

Now, the demerit point limit depends on what type of licence you have.  In summary, if you are a new inexperienced driver, your demerit point limit is lower.  That means, you can more easily have your driver licence suspended.  This makes sense, because new inexperienced drivers are more likely to have a crash and may not yet be as safe as they can be.

In Podcast 18 (Learning to Drive in Australia), I talked about how you get a driver’s licence in Victoria.  There I mentioned that we have a graduated system of licensing.  In summary, there are 4 levels or graduations of driving licence if you are under 21 years of age, and 3 levels if you are 21 years of age or older.

For those 21 years of age or older, first you get a learners’ permit, then you get a Probationary 2 licence which lasts 3 years and then finally a full licence.

If you have a probationary 1 or probationary 2 licence, then you also have the same 12 demerit point limit in any 3 year period, BUT, in addition, if you get 5 demerit points in any 12 month period, then you also have your driving licence automatically suspended for 3 months. For example, let’s assume you are a probationary 2 level driver and you commit no traffic offences for 2 years.  Well done.  Then in the third year you get caught speeding three times by the police and you get a total of 5 demerit points.  That’s it, you have reached the demerit point limit and you lose your licence for 3 months.  A driver with a full licence would not have their licence suspended, since they have the 12 points in 3 years limit applying to them.

Note however that each demerit point lasts exactly 3 years.  In other words, demerit points will disappear from your driving record exactly 3 years after the date of the traffic offence.  Here’s an example.  Let’s suppose you were caught speeding in year 1 and got 3 demerit points.  Now suppose you still haven’t learned your lesson and got caught speeding again in year 2 and got another 3 points.  That makes 6 points.  Be careful!  Another 6 points and you will lose your licence.  Let’s assume in year 3 you are caught speeding again and get another 3 points.  That’s 9 demerit points and only 3 points away from licence suspension.  However, when the 3 year anniversary date comes around for your first offence which you committed in year 1, then those 3 demerit points disappear off your driving record and you are left with only 6 points.  After another year of good driving, the second lot of 3 points would also disappear and you would be back to only 3 demerit points.  After another year of good driving, you would lose the last 3 points and then you would be back to zero again.  Well done.  You now have a clean slate.

If a driver doesn’t learn their lesson and they find themselves having 12 demerit points within a 3 year period, then their licence will be automatically suspended for 3 months.  After they serve the 3 month suspension period, they get their licence back and their demerit points score is once again zero (0).  Now they can start their driving career once more with a clean slate. Hopefully they have learned their lesson.

There is another option for those drivers who reach the demerit point limit and whose licence is to be suspended for 3 months. It is called an extended demerit point period.  Extended means longer. For this option, you can choose not to have your licence suspended.  You can keep driving BUT, for the next 12 months, you must break no driving road rules that would give you any demerit points, or cause you to lose your licence.  If you do break the rules, then you will have your driving licence suspended for double the time – 6 months instead of 3 months.  If you are an unsafe, careless and reckless driver, it’s a risky option to take.  The idea is that it will encourage you to drive safely 100% of the time during that 12 month extended demerit point period.

So what are some typical traffic offences and their demerit points?  Here are some examples.

I would add that, in Victoria, if you get caught breaking the speed limit by 25kmh or more, you lose your licence immediately.  That certainly is an incentive not to speed. 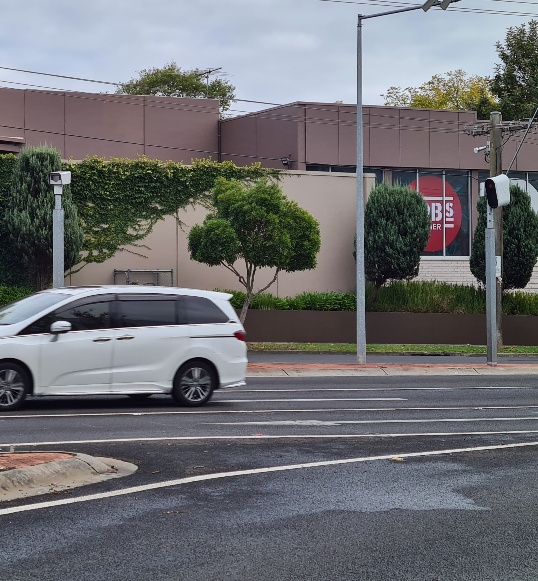 Speed cameras at an intersection in suburban Melbourne. The speed limit here is 60kmh.

As this area of the law (and in fact any area of the law) is complicated, please refer to the Vicroads website to obtain the latest and most accurate information. https://www.vicroads.vic.gov.au/.  In the meantime, if you drive in Australia, obey the road rules.

Podcast 138 Quiz - Did you understand the podcast?

applying = (here) must be followed

cancelled = when something is removed.  To get it back, you must pass a test

careless = when you don’t pay attention

depend = when one things changes because of something else

disappear = no longer there

encourage = when you tell or help someone to do something

exactly = equal to, without any error

exceeding = greater than, more than

expert = someone who knows a lot about a subject

fines = a $ penalty for making a mistake or breaking a rule

illegally = against the law (for example texting while driving)

illegally = not legal, against the law

in addition = (here) as well

incentive = makes you want to do something

inexperienced = when you are new to some task

mentioned = to speak or write about something (usually only briefly)

offence = when you break the rules and something again the law

pandemic lockdowns = during covid-19, people must stay at home

pay attention = to be aware of what is happening around you, to concentrate

penalty = a punishment for doing something wrong eg. A fine or jail sentence

reckless = when you make mistakes and don’t care about it

risky = when things can go badly because it’s not safe

serious = something with bad effects

skills = things you can do which must be learned

traffic = cars and other vehicles on the road

typical = when something is seen many times, is average, is normal

willfully = to do something even though you know it is bad