(This podcast is 14 minutes and 55 seconds long)

Since European colonisation in the late 1700s, Australia’s recorded history has been a story of leaders, explorers, hard workers and risk takers.  Almost all of the famous Australians from our history have been men. That’s because Australia, like most developed societies, is patriarchal.  This means that, in our society, men have traditionally occupied nearly all of the positions of power and influence.  This does not mean that women have not played an important role in our society, but rather that the leadership roles have been occupied largely by men.  But things have been changing in this regard for a while in Australia. It was in the late 1800s and in the early 1900s that equality for women first started to develop.  In this podcast, I would like to tell you a little about Edith Cowan, one of our early advocates for the role of women in our society. 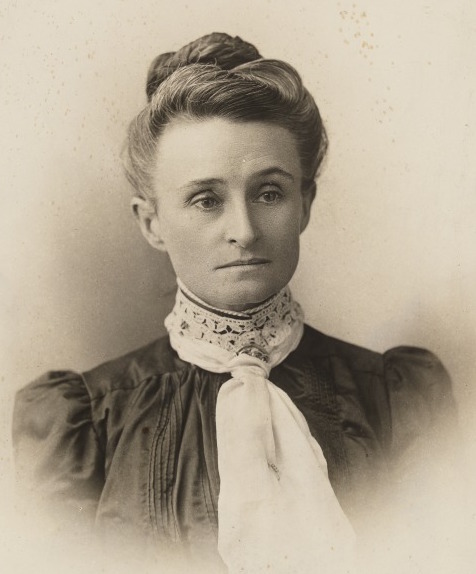 Edith Cowan was born in 1861 and became a strong advocate for women’s and children’s welfare.  She also believed strongly in the value of education and in better supporting the lives of women and children.  Importantly, in 1921, she became the first female elected to a Parliament in Australia, in her case to the state parliament of Western Australia.  The importance of her contribution is shown by the fact that Edith’s picture is on our $50 note. 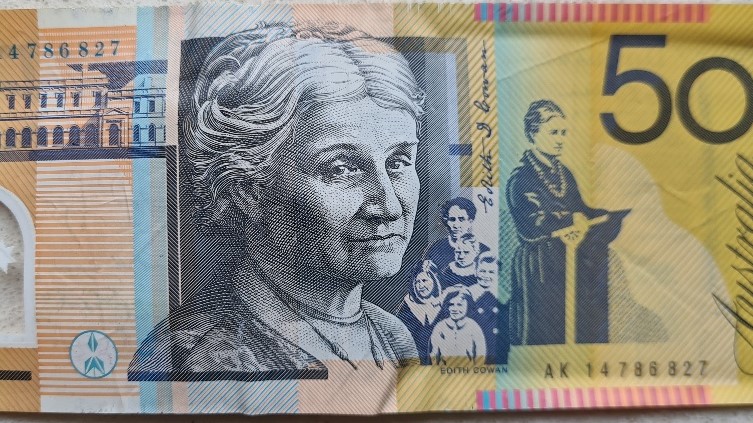 What’s more, the Edith Cowan University in Western Australia is named after her.  https://www.ecu.edu.au/.  Today, equality for women continues to be an important issue and is still moving forward.  We still have a long way to go, but things are improving, albeit slowly.  It was only in 2010 that Australia had its first female Prime Minister, Julia Gillard, who was our country’s leader from 2010 to 2013.  It was pioneers like Edith Cowan who laid the groundwork for more women to take on leadership roles in our society.

Edith was born in 1861 at Glengarry in Western Australia, near the town of Geraldton, which is 415 kilometres north of Perth, the capital of Western Australia.  Her childhood had many challenges and these must have had a big impact on her values and her later life.  In 1868, her mother died in childbirth when Edith was just 7 years old.  Her father was unable to look after her and so she was sent to a boarding school in Perth.  For a 7 year old, it must have been traumatic to lose her mother. Added to that, it must have been very hard to be sent away to a strange city to be brought up by people she didn’t know.  But more trauma was to come.  Edith’s father remarried and things didn’t work out well.  In 1876 he shot and killed his second wife following an argument.  He was charged with murder and was found guilty.  He was hanged for his crime in that same year.  So at the age of 15 years, Edith became an orphan.  She was removed from the boarding school and sent to live with her grandmother who cared for her and made sure that her education was completed.  Her remaining education was supervised by a clergyman, Canon Sweeting, who knew the value of education and must have been very important in instilling the same ideas into Edith.  As she became a young woman, she developed beliefs and values which would make her one of the most influential and important women in Australia during the first 30 years of the 20th century.

At the age of 17 in 1879, she married James Cowan, an important official in the Supreme Court of Western Australia.  He subsequently became a magistrate in the court system and, through his role, Edith was able to see for herself the problems in society, especially concerning women and children.  In the period from 1880 to 1891, Edith and James had 5 children of their own.  It was following her child-bearing years, beginning in the early 1890s, that Edith became an active social reformer on behalf of women and children.  This was not easy at the time, as women were almost totally excluded from any public positions of power or influence.  Initially, she was actively involved in the creation of the Karrakatta Women’s Club, the first women’s club in Australia.  The aim of the club was to bring women together for their own improvement through reading and discussion, in particular related to health and women’s rights. A key aim was the social improvement and support of women. Edith was the first secretary and suggested the club’s motto, which means ‘Let us be judged by our actions’.   You can see from this motto that they were determined to bring about real improvement in the lives of women.  In this regard, Edith was a great achiever.  The Karrakatta Women’s Club still exists today. https://www.karrakattaclub.com.au/

She worked actively for improved education by serving as a member of her local Board of Education, one of the few public positions open to women at the time. From the early 1890s, she was also actively involved in organisations which helped disadvantaged children and unmarried mothers and their babies.  As a foundation member of the Children’s Protection Society in Western Australia in 1906, she helped set up the first day nursery for the children of working mothers.  While child care services are common today, in the early 1900s this was not the case.  Edith, as part of this group, then played an important role in getting the law changed, so that children who broke the law would have their cases heard and decided in a separate court from the adults.  This became the Children’s Court and it meant that children aged from 10-17 who broke the law could be given every chance to get their lives back on track.  Today, a Children’s Court operates in all states of Australia and plays a key role in helping keep children out of trouble.

Edith was one of the founders of the Women’s Service Guild in 1909. This organisation also focussed on improving the welfare of both women and children.  Along with other women in this organisation, Edith undertook fundraising, held public meetings and lobbied the government for the building of a hospital for women.  This resulted in the opening of the King Edward Memorial Hospital in Perth in 1916.  This hospital is still operating successfully today. https://www.kemh.health.wa.gov.au/.

Edith was not able to get re-elected to Parliament, however she continued to be active as a reformer and advocate for women’s issues.  She died in 1932 at the age of 70.

She never reached great wealth during her life, but her legacy for women and children has been enormous. The efforts and achievements of Edith Cowan in the early 1900s are very impressive, given that, at that time, men on the whole did not respect or encourage an active and equal role for women in our society. That she was able to persist against strong opposition at the time, is indeed inspiring, not only for the women of today, but also for all Australians.  It’s great that she is now recognised and respected for the powerful contribution which she made during her lifetime.

Podcast 128 Quiz - Did you understand the podcast?

achiever = someone who gets things done

advocates = (noun) persons who speak in favour of something

advocates = (verb) when a person speaks in favour of something

argument = when people disagree about something

campaigner = someone who argues for a change

challenges = (noun) things that may stop you from being successful

charged = when the police say you have done something bad, against the law

child-bearing years = the years when a woman has children

childbirth = the process of having a child

colonisation = when a foreign country takes control over another region

concerning = relating to, affecting, about

contribution = what you have done for others

determined = (here) when you really want to do something

disadvantaged = poor, when you don’t have the same things as other people

discussion = to talk about something

education = learning which happens at school

elected = to be chosen in a vote

elected = when you are chosen by the people in a vote

encourage = to help someone to do something

equality = when two things or people are equal, the same

excluded = left out, not included

guilty = when a court finds you have broken the law

impressive = when something is very, very good

in this regard = when you are talking about something stated previously

influential = when you are able to influence someone or a decision

inspiring = when someone, by example, makes you think that you can do a difficult job

instilling = to make someone understand and believe something

judged = (here) when you decide if someone is good or bad

laid the groundwork = to prepare the way for others to follow

legal profession = lawyers and judges who work in a court

magistrate = a type of judge, who decides what punishment a criminal will get

motto = a saying which everyone agrees with, about how people will act

nursery = a place where babies or young children a looked after

occupied = to be in place, to be in control

opposition = those who try to stop you from doing something

orphan = a child whose parents are both dead

parliament = a place where politicians meet to make decisions

persist = to keep on doing something even though it is hard

pioneers = the people who did something first, before others have done it

power = the ability to make decisions affecting many people

reformer = someone who wants to change things for the better

shot = to be hit by a bullet from a gun

traditionally = has been in place for a long time

traumatic = having a bad effect on someone

values = the things you believe are important or right

welfare = the well-being, the health, the safety