Australia has some really unique animals. The classic example is the kangaroo. Seeing a picture of a kangaroo immediately makes you think of Australia. There is another Australian animal which is also just as unique, although perhaps not quite so well known. Its features are also very unusual. That animal is the platypus. In this podcast, I would like to tell you a little about this amazing creature found only in Australia.

The platypus is a small semi-aquatic mammal which lives in and around the fresh water streams and rivers of eastern Australia. It has a bill (or mouth) just like that of a duck. In fact, sometimes it is referred to as ‘the duck-billed platypus’. It has four feet which are shaped like paddles, with webbing between its toes which are perfectly shaped for swimming and diving. It has a tail which is wide and flat, just like the tail of a beaver found in North America. The male’s average length is around 50cm and can weigh up to 2.4kg, so it is not a large animal. Its body is shaped like a thick plank of wood and it is covered in fur which helps it to stay warm and dry when swimming. It lives in a burrow or hole on the bank of the river, so it is also quite comfortable on land as well as in the water, although it spends most of its time in the water looking for food. The male has a poisonous spur on the hind foot, which can deliver a painful sting to humans, however they are not considered to be aggressive towards people. 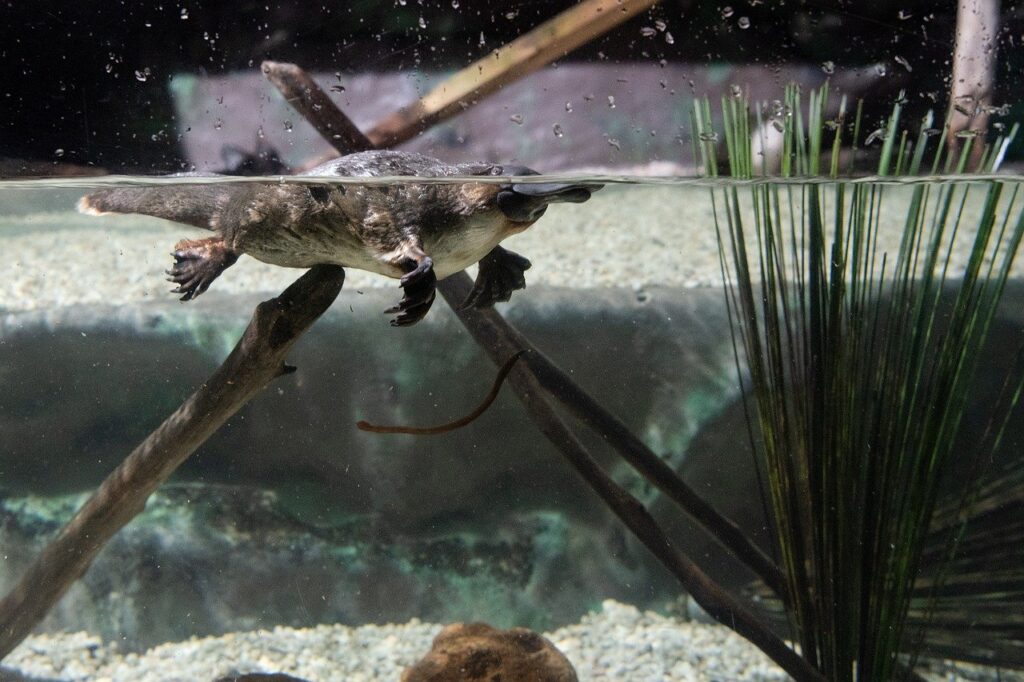 Image by pen_ash from Pixabay

The Yarra River flows next to the walking track I use near my home on the outskirts of Melbourne. There are several spots along this river where platypuses are sometimes sighted. Unfortunately, I have never seen one in the wild. I have seen a captive platypus at a wildlife sanctuary near Melbourne, in a town called Healesville, but that’s not the same as seeing one in the wild. I have been walking alongside the Yarra River for many years on my daily walks, but I have never seen a platypus. The truth is, they are not easy to see in the wild. I can remember several years ago chatting to an American tourist whom I met while walking one morning on the Yarra Trail. He was taking photos and we started up a conversation. He was excited to tell me that he had seen a platypus in the river. I can remember being amazed and telling him that he was a lucky man. I live in Australia and had not yet seen one in the wild. Perhaps I will one day – here’s hoping.

There are other amazing facts about the platypus. Platypuses are one of only five living monotremes – these are mammals that lay eggs instead of giving birth to live young. In all other respects, they are like other mammals. All mammals breathe air, have a backbone, grow hair and produce milk for their young. Nearly all have their young live – but not the platypus.

The platypus is so unusual in appearance, that when European scientists first saw a preserved platypus in 1799, they thought that somebody had sewn bits of other animals together to make a fake animal. Of course, they soon discovered the truth as more examples were found and studied. Later on, scientists learned that platypuses have a special way of catching their food. They are carnivores, which means they eat other creatures such as worms, insect larvae or small Crustacea such as shrimps and yabbies. It can easily find them in the water or when they are hidden in the mud at the bottom of the stream. It does this by using electroreception to identify their movement. This means the platypus can detect the electricity produced when these small animals move their muscles. Actually, the platypus shuts its eyes, ears and nose when it dives, so their ability to sense these electric pulses is very good. The platypus must eat around 20% of its body weight every day, so as a result it forages for food for around 12 hours every day.

Platypuses breed once a year and the female looks after the young. After mating, she lays usually 2 eggs which she incubates for around 10 days inside a deep burrow which she digs especially for this purpose. Once they hatch, she produces milk which comes from pores on her skin. The young are able to lick up the milk which collects in grooves on her abdomen. She feeds the young in this way for around 3 to 4 months, after which time they leave the burrow and can fend for themselves.

While the platypus is not easy to observe in the wild, it does not mean that they are reducing in numbers or in danger of becoming extinct. However, their habitat is under pressure from humans as we build dams, or undertake building developments near or along rivers. There is always the risk of affecting the environment on which platypuses depend. This is why there is ongoing research being undertaken to help ensure that platypuses can grow in numbers in the future. The platypus is fully protected in Australia, for which I am very thankful.

It also has its image on one side of our 20 cent coin. That’s how important it is to Australians. It is certainly one of my favourite Australian animals. And one day, I hope to see one while walking alongside the Yarra River. 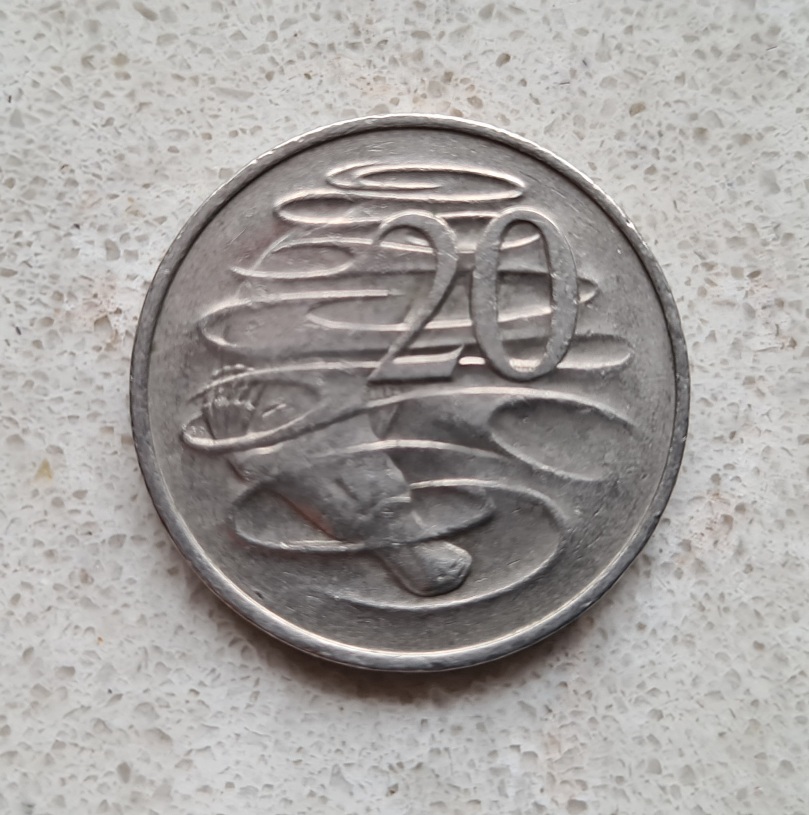 Image of the platypus on Australia’s 20 cent coin

Podcast 133 Quiz - Did you understand the podcast?

aggressive = likely to attack or bite

amazing = when something is very, very good, so good that it is hard to believe

average = the middle number in a range of numbers

bank = (here) the earth next to a river

building developments = the construction of homes, factories, other buildings

burrow = a long hole in the ground where an animal can live (eg rabbit, platypus)

classic = something of quality, usually for a long time

fend = look after themselves

fresh water = water that has no salt, water you can drink (not sea water)

fur = hair on an animal’s body

habitat = a place where animals live

hatch = when the young platypus breaks out of its egg

here’s hoping = I am hoping

incubates = keeps eggs warm so the new animals inside can grow

live = (here) born alive and not in an egg

mating = the joining of a male and female to reproduce, to create babies

paddles = something broad and flat to push you through the water

plank of wood = a piece of flat wood

poisonous spur = an object with a sharp point

protected = there is a law against killing or hurting this animal

pulses = (here) a single vibration or burst of electric current

referred to as = called

sanctuary = (here) a place where animals are kept

semi-aquatic = spends much of its time in the water, as well as on land

unusual = not normal, not often seen

webbing = covering of skin between the toes (eg on ducks feet)

wild = (here) in a natural environment, not in a cage or in captivity