In most countries in the world, television and radio play an important part in people’s lives.  Australia is no different.  Television and radio help us to understand who we are, what is happening in our country and what is happening in the rest of the world.  They also help us to understand what is changing, what is important and what we, as Australians, think about it all.

In Australia we have many commercial television and radio stations which are free to air.  For example, in Melbourne we have 23 AM radio stations and 39 FM radio stations.  In fact, our youngest son works for one of them as a sports news reporter.  It is SEN 1116 News, a sports radio station.  As you can imagine, we are proud of his work and listen to this station a lot when he is working.  Likewise, Melbourne has many free to air television stations, 23 in total.  Amongst these are 3 big commercial television networks, all of which make their money by selling advertising.  These free to air networks each have more than one channel.  There is also a cable television service with over 80 channels.  This service is called pay television, because you pay a monthly fee to get access to these channels.

In addition to these commercial television and radio stations, Australia also has two public broadcasters which are owned and funded by the government.  These are uniquely Australian and provide a great alternative to commercial television and commercial radio.  In this podcast I would like to tell you a little more about one of these public broadcast organisations.  I think they do a great job and provide great value for Australia’s listening public, who pay for them through their taxes.

The two government funded broadcasters are the ABC (short for the Australian Broadcasting Corporation) and SBS (short for the Special Broadcasting Service).  SBS offers a multilingual and multicultural service to all Australians and recognizes the fact that Australians come from many cultures and speak many languages other than English. It was established in 1978. SBS will be the subject of a future podcast as it has an interesting story. The ABC, by contrast, has a long history which started on 1 July, 1932. 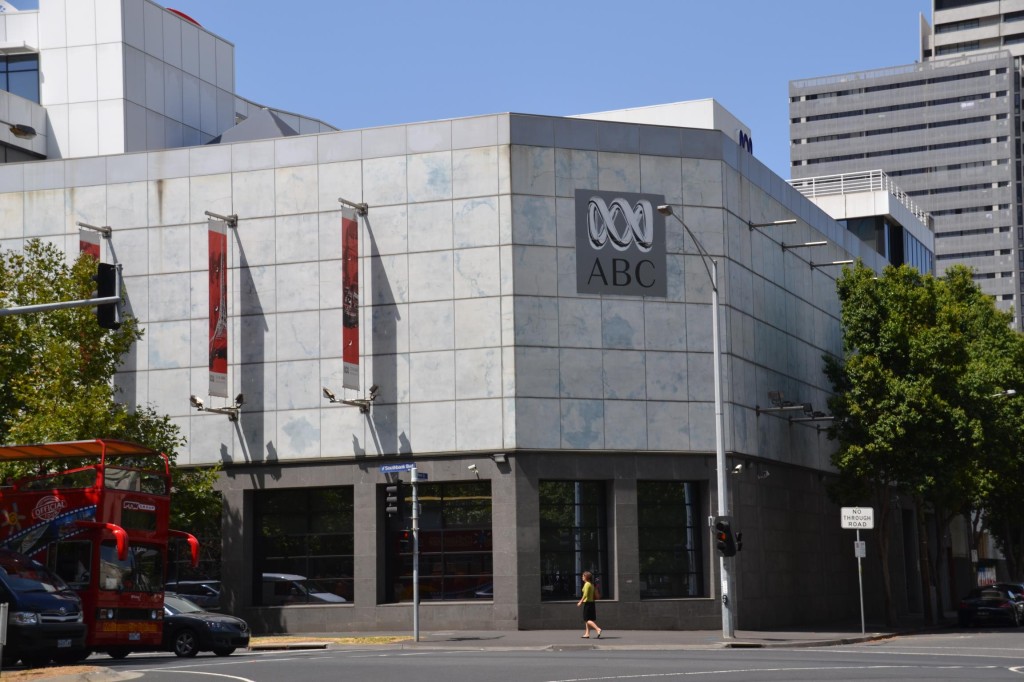 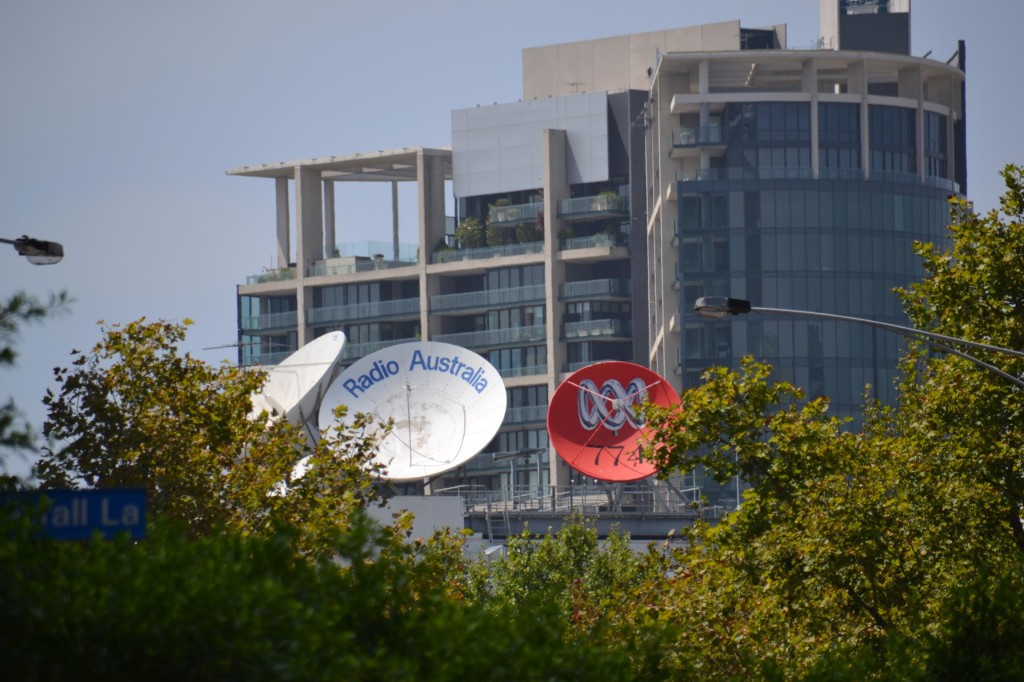 The role of the ABC is described in legislation passed by the parliament of Australia, in an act or a law called the Australian Broadcasting Corporation Act.  The ABC’s role is quite broad and includes the following aspects.  The ABC is to provide programs that contribute to a sense of national identity and which reflect the cultural diversity of Australia’s people.  In other words, the ABC must help us feel like Australians, and that includes recognising that, since 1788, Australians have come from countries all around the world. We are indeed a multicultural society. The programs must also inform and entertain Australians.  In other words, news is important for the ABC, as well as programs just for enjoyment. The ABC must also provide programs which are educational.  In other words, ABC programs should help us, and our children, to learn about ourselves and the world.  Another ABC function is to provide broadcasts to overseas countries.  These broadcasts help people outside of Australia to better understand Australia and our views about world events.  Last, but not least, the ABC is to encourage and promote the musical, dramatic and other performing arts in Australia.   In other words, our music, our theatre, our film, our dance and the other performing arts should be improved by what the ABC broadcasts. As you can see, this is a very broad function, so it’s no wonder that the ABC provides a large range of programs. 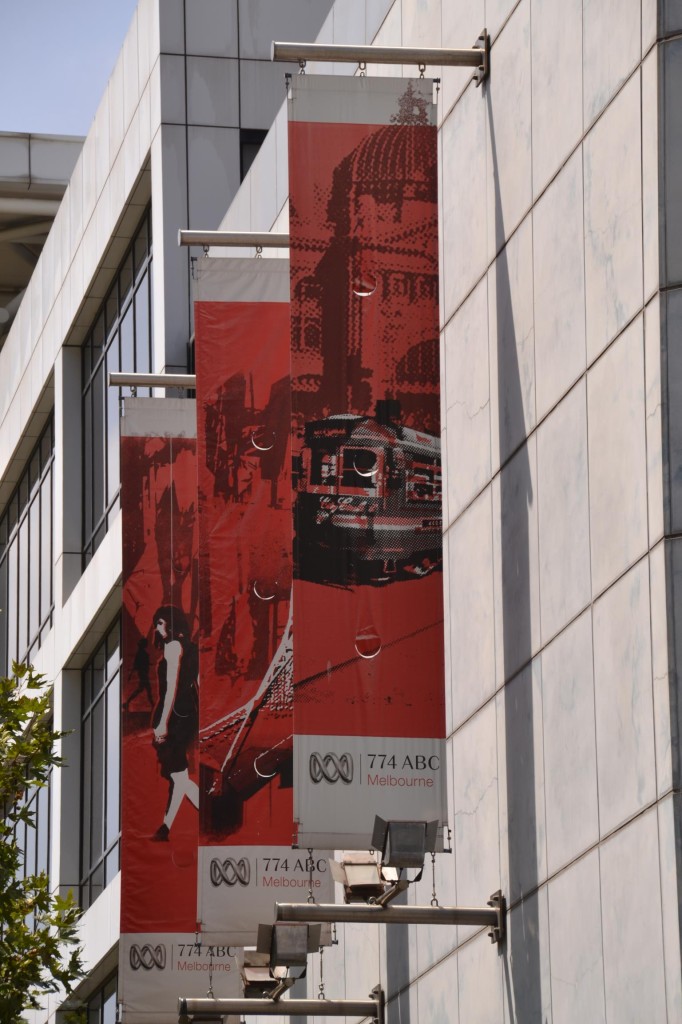 Growing up as a child in a small country town, I can remember watching the ABC news every night with my family.  I, like most Australians, learnt that you could trust information you received on the ABC.  The same is true today.  In a recent survey, ABC and SBS TV news services were rated as the most trusted amongst the news services available.   I find that many ABC programs, while entertaining, also educate me.  Many also have a very Australian feel about them, which I really like.  One of my favourite ABC programs is called Q & A.  This stands for Question and Answer.  On this program the ABC invites around 5 guests who will be in front of a live audience.  The show goes out live, which means that it is not recorded beforehand.  The audience gets to ask any question they like of the guests.  The guests include politicians, artists, business men and women, journalists, performers and sometimes, guests from overseas.  It goes for an hour and is moderated by Tony Jones, an experienced ABC journalist.  It’s a great show and typical of how the ABC helps us to learn, to talk about our society and to better understand who we are.

The other thing I like about the ABC is how it is always trying new things, new types of programs and new technology.  It’s a great Australian icon in broadcasting and I think it’s a good example of our taxes being well spent.

For more detailed information about the ABC, please visit http://about.abc.net.au/ or www.abc.net.au. 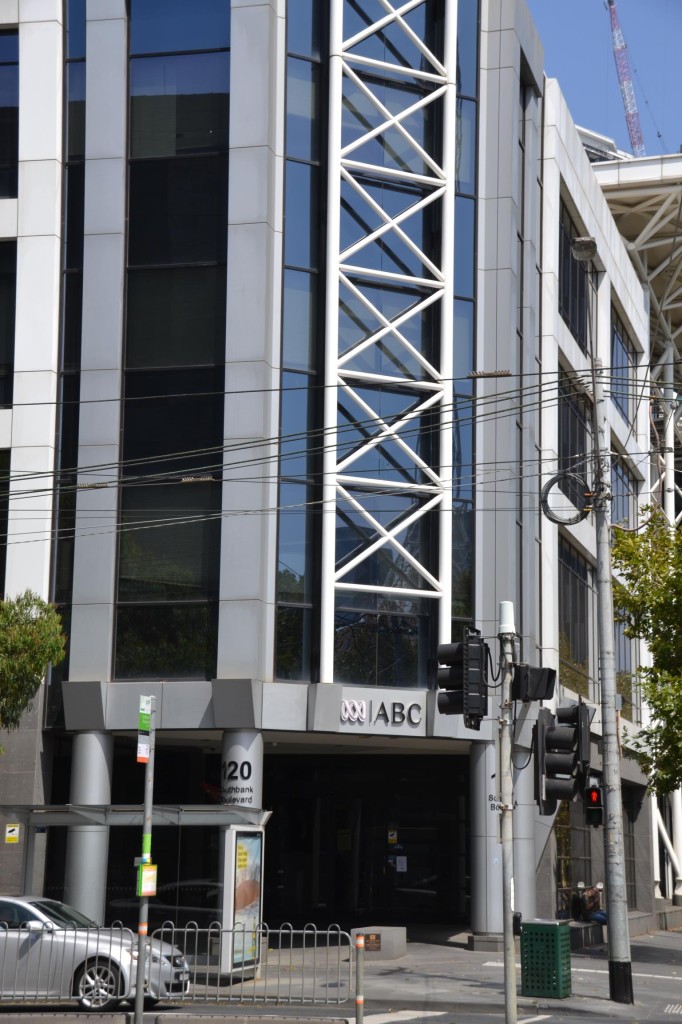 If you have a question or a comment to make, please leave it in the comments box near the top of this page. Or, you can send me an email at rob@slowenglish.info.  I would love to hear from you.  Tell me where you live, a little bit about yourself and what you think of my Slow English podcast.  I will write back to you, in English of course.  Perhaps you could suggest a topic for a future podcast.  If you would like to take a short quiz to see if you have understood this podcast, you will also find it on my website. Goodbye until next time.

Podcast 33 Quiz - Did you understand the podcast?

You can take the quiz as many times as you like.  An individual’s personal scores are not recorded.

AM = Amplitude Modulation, which is a type of radio broadcast

aspects = a part of idea

audience = the people who watch or listen to a performance by musicians, actors or other artists

cable = a way for television programs to be sent to your home, down a wire called a cable

commercial = is a business which aims to make a profit

diversity = when things are different from one person to the next.  For example, when people come from different countries

dramatic = to do with drama and plays

educational = something which teaches you

encourage = telling someone they should do something

enjoyment = when something makes you feel happy

entertain = to show someone something which makes them happy

fee = the price you pay

FM = Frequency Modulation, which is a type of radio broadcast

free to air  = anybody can watch the channel without paying

in addition = as well as

invites = when you ask someone to come to you place

journalists = people who write or report about news

legislation = a law made by the government

live = when something is actually happening

moderated = when someone controls a meeting

multicultural = many cultures, such as the Turkish or Chinese culture

news reporter  = someone who writes a story about what is happening, usually for a TV or radio station or a newspaper

online = on the internet

Pacific = the area covered by the Pacific Ocean

politicians = people who are elected to be in the parliament

promote = to tell others that something is good

range = a lot of different things

recognizes = to accept something

recorded beforehand = not live.  When something is recorded and then played back later

sense of  identity = how you feel about yourself.  For example, as person or as an Australian

spent = when money has been paid

survey = when some questions are asked of members of the public, about a certain topic

technology = a machine or piece of equipment which is technical.  For example, a computer or mobile phone

views = what you think about something