Do you like sport? Australians, and particularly those who live in Melbourne, are crazy about sport. In Melbourne you can watch a large range of competitive sports. For example, I have been to see Australian rules football, rugby league, rugby union, cricket, basketball, hockey, Taekwondo, golf, tennis, car racing, motorcycle racing and athletics, just to name those which I have attended here in Melbourne. Now most cities in the world have lots of sports events, but in Melbourne we attend these events in large numbers. For example, the Grand Final of the Australian Rules Football competition in September of each year has around 100,000 sports fans attend the match. And we have the sports ground big enough to hold such a large crowd, the Melbourne Cricket Ground (popularly called ‘The MCG’, or ‘The G’). In this podcast, I would like to talk about Australian Rules Football. 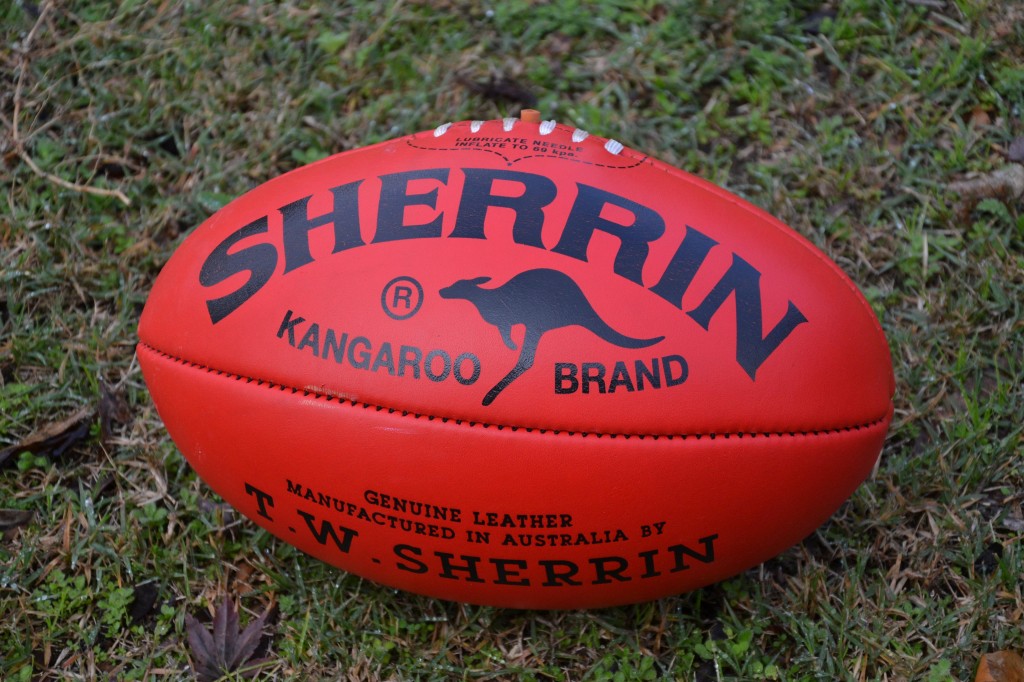 Australian Rules Football (called ‘Footy’ by fans all around Australia) is around 150 years old. It is played with an oval shaped ball by two teams, each with 18 players. The team which kicks the most goals and points wins the game. It is a very physical game and it’s main characteristics are speed, strong tackling, long kicking (up to 70 metres), long handballs (up to 30 metres) and high marks. A ‘mark’ is when someone catches a kicked ball.

So what’s it like to attend a big game of Australian Rules Football? Well, it’s exciting, loud, fun and passionate. And it’s played fast and furious. Top level players run approximately 14 kilometres during a game, further than in any other game. Footy Fans arrive early, usually with a colourful club scarf, beanie and perhaps a club jumper. 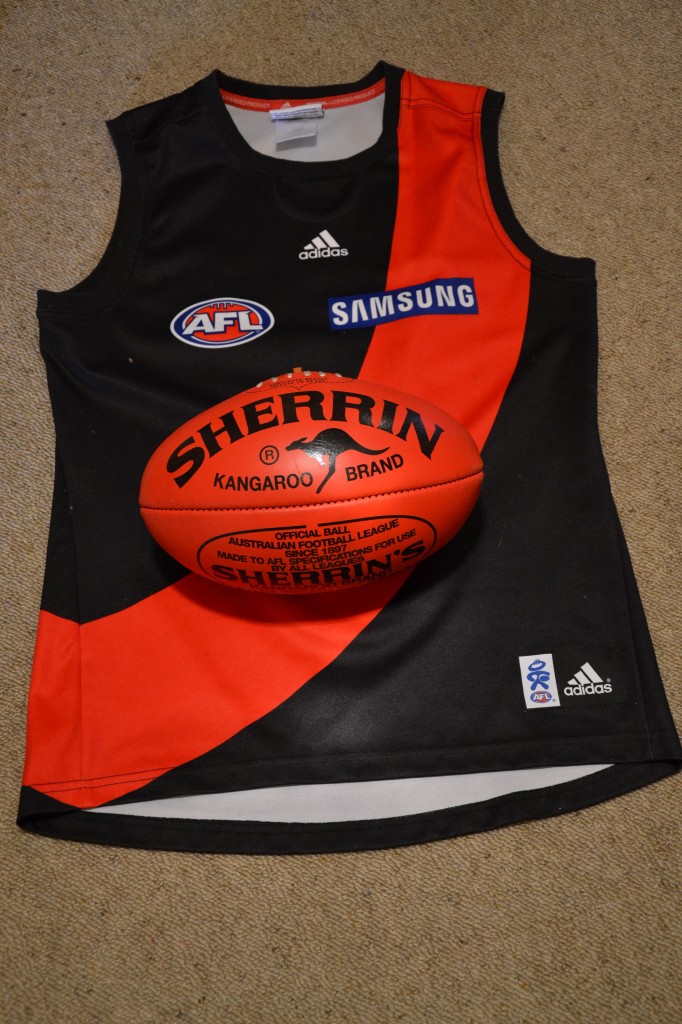 Up the mighty Bombers! The crowd love to shout, cheer and clap whenever a goal is kicked, or a high mark taken. And disagreeing with the umpire (the ‘man in white’) is an old tradition amongst footy fans. For most footy fans, the umpire makes the wrong decision about half the time.

One of my favourite memories is watching a great player called Michael Long for Essendon, playing at the MCG. Michael has retired now but he was a fast, agile and brave player. He played on the wing, down one side of the ground. I can remember the ball being kicked to him near the boundary line in front of the full Great Southern Stand, holding 45,000 fans. When he marked the ball, the crowd in that stand seemed to rise as one and they roared loud enough to burst your ears. Michael ran like the wind down the boundary line, bouncing the ball every 10 metres as he went (as required by the rules). Players from the other side had no chance to catch him with that crowd cheering him on. His run ended with a long kick to score a goal. Then we rose to our feet and cheered as loud as we could, hands and fists pumping the air, along with about 40,000 other Essendon fans. Up the mighty Bombers! 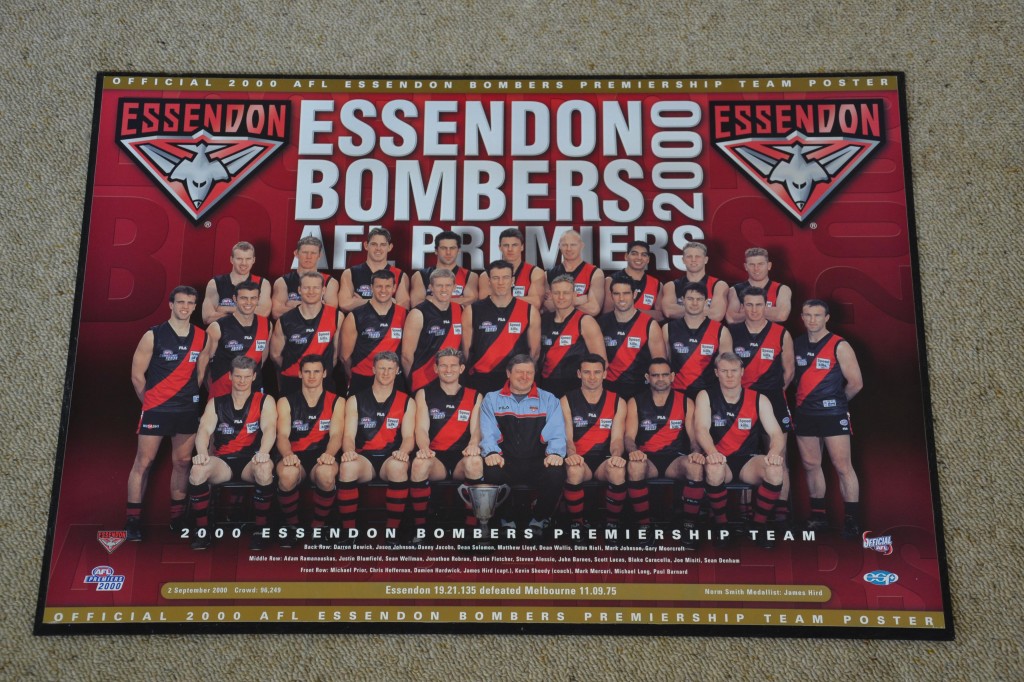 If you have a question or a comment to make, please leave it by clicking the comments link at the top of this story.  Goodbye until next time.

Podcast 2 Quiz - Did you understand the podcast?

agile = when you can move very quickly

approximately = about equal to, almost equal to

attended = when you have gone to a place

beanie = something you wear on your head to keep warm, often in your team colours

boundary = the edge of the playing area

brave = when you are afraid, but you still do something

burst = when something breaks

characteristics = the things that make something unique

cheering = when the crowd calls out loudly

competitive = when you try to win in a game

disagreeing = when you do not agree with someone

ended = when something has finished

events = when something happens

fanatical = when you are very excited about something, when you like something a lot.

fists pumping = when you close your hand and put it up in the air.

goals = when you score in a game. In Australian Rules Football, a goal is the same as 6 points

Grand Final = the biggest game. The winner of this game wins everything

ground = a place where sport is played

handballs = when you pass the ball with your hands. In Australian Rules Football, the ball must be punched.

jumper = something you wear on your body to keep warm, often in your team colours

memories = things you remember from the past

oval shaped = not a circle, looks like an egg

paid up members = when somebody pays money to the club and joins the club.

passionate = when you are very excited about something

physical = when people bump into one another in a game

points = when you score in a game, but you miss the goal

required = when something must be done

retired = when you are older and no longer play the sport

scarf = something you wear around your neck to keep warm, often in your team colours

speed = when something is fast

tradition = when something has been there for a long time

wing = a place on the football field, near the edge of the playing area.