(This podcast is 15 minutes 9 seconds long)

The 2020 pandemic of coronavirus has been a life-changing event for everybody around the world.  It has been very distressing to see from a distance the terrible loss of life in countries such as the United States, Italy and many others.  Here in Australia, we have fortunately managed to contain the virus to a very large extent.  As at June the 4th, 2020, we have identified 7240 confirmed cases of the coronavirus and had 102 deaths.  Given that Australia has a population of around 25 million, I think we can say that it could have been much worse.  Of course, the pandemic is not over, and we don’t know how things will progress.  In this podcast, I would like to tell you a little about how this pandemic has affected us here in Melbourne up to June, 2020. 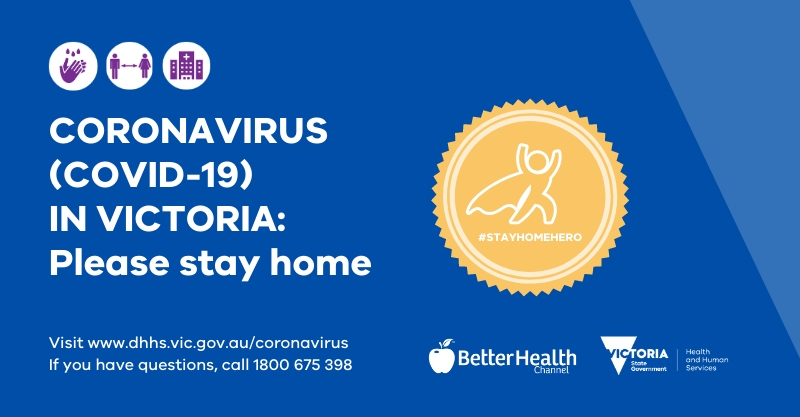 On January the 25th, Australia had its first case of coronavirus in Melbourne – a traveller from overseas.  But at that early stage, I don’t think I thought much about it. Luckily, our health experts were aware of the danger and acted quickly to protect us here in Australia.

On February the 1st, the Australian government announced restrictions on people entering Australia from China, as, at that stage, that seemed to be the source of potential infections.

During February, the daily news started to give more and more information about the dangers and potential spread of the virus. On February the 29th, the Australian government announced that it would enact its emergency response plan, in effect treating the coronavirus as a pandemic.  The detailed plan outlined steps to minimize the spread of the virus in Australia, including informing the general public about how to reduce the risk from the virus.

It was in early March that people in Australia really started to understand that a pandemic was coming.  I can remember seeing a Facebook post showing pictures of supermarket shelves empty of toilet paper.  Soon after I went to do our weekly shopping in the local supermarket.  To my amazement, the shelves had no toilet paper. Panic buying had started in the supermarkets of Melbourne, even though we were assured there were no shortages overall.  I must admit it was very scary to see empty supermarket shelves.  I had never seen such a thing in Australia. People were making jokes about it, but in reality people were afraid.

I had the feeling that a lockdown would be coming, as did many other Australians.  I guess that is what caused the panic buying – the general concern that we would be in a lockdown, where everyone would be unable to leave their homes for fear of getting infected by the virus.

On March the 11th, the World Health Organisation (WHO) declared a global pandemic.  By then, our government was recommending frequent hand washing and staying at home if you were unwell.  The seriousness of the situation was emphasized when the Formula 1 Grand Prix in Melbourne was cancelled at incredibly short notice, on the morning of the first day of the event.

Around mid-March, my motorcycling friends and I decided that hand-shaking, a tradition of our group when we meet, would stop. Social distancing was becoming the norm.

On March the 16th, in my home state of Victoria, a state of emergency was declared.  Mass gatherings of over 500 people were banned.  This meant that organized sport had to change.  For the first round of the Australian Football League (AFL) 2020 season, there would be no crowds – unheard of in 170 years of Aussie rules football in Australia.

On March the 17th, a ban was put in place on all Australians travelling abroad and the following day, the Australian government strongly urged all Australians currently abroad to return home as soon as possible.  On March the 20th, Australia closed its borders to all non-Australian citizens and non-residents. The Victorian Premier had advised in a press conference that we should stay home, unless it was absolutely necessary to go out.  Our Premier had said, stay home, or people will die.  I listened and I stayed home.

But not everyone was following the social distancing guidelines.  On March the 21st, beaches in Sydney had to be closed (including Bondi Beach), after large crowds had gathered on the beach, mostly ignoring social distancing recommendations.  All sport was cancelled, including the AFL and, shortly after, the National Rugby League (NRL).

From the 22nd of March, all returning Australian travellers from overseas had to self-isolate for 14 days after arriving home.  Failure to do this would result in fines.  I think this rule, along with the ban on overseas travellers, became important steps in keeping the virus at bay in Australia.  We are, after all, an island (albeit a rather large one).  Closing our borders was always going to be easier than in other countries with land borders.

On March the 23rd, all bars, clubs, restaurants, cinemas, places of worship, casinos and gyms were told to close. In my home state of Victoria, school holidays were brought forward by 2 weeks to start on March the 24th.  Subsequently, school students did not return until late May.

In April, our Premier here in Victoria continued telling all Victorians in daily press conferences that, if you can stay home, you must stay home.  Stay home and save lives was the message.  I took it seriously.  We were told that there were only 4 reasons to leave home – first, for food and supplies; second, for medical care and/or care giving; third, for exercise; and finally, for work or education.   Anyone found to be out for any other reason could be fined $1652 by the police.

During April and into early May, it really felt like we were in a pandemic and in a lockdown.  My motorcycle sat unused in the garage.  I used online shopping for our groceries. My wife was already working from home and a new lockdown routine had developed for me.  In the morning I would catch up on the news and do some German study. Close to lunch time I would go for my daily walk, about 8 km lasting 90 minutes.  It was amazing how many people I met on my walk.  We always gave each other plenty of distance as we passed.  Even so, it was usually the case that we smiled and said hello.  We both knew we were protecting each other by keeping a safe distance. In the afternoon, often I would telephone one or more of my friends for a chat.  Keeping social contact was important.  I also played my guitar a lot.  I found time to write a couple of songs, record them and share them amongst my Facebook friends. Of course I also researched and recorded a couple of Slow English podcasts.

Finally, given our curve had flattened, on May 11th our state government lifted restrictions slightly, to allow people to go out for recreational purposes, including for a motorcycle ride.  At last!  On May the 12th I went for my first motorcycle ride since March the 20th.  People could also have friends and family visit their homes, as long as the total number of visitors did not exceed 5.  It gave us great joy to finally go and visit our son across the city for a catch up and a meal.

As May continued into June, Australia continued to keep the coronavirus infection curve flat.  Importantly, anyone who had even the slightest symptoms of coronavirus was encouraged to get a test at one of many testing locations throughout my state. Luckily, I never developed any symptoms during this period, so up to this point (June the 4th), I have not needed to get tested.

Further lifting of restrictions followed to allow restaurants and cafes to open for a limited number of guests.  How wonderful it has been to finally sit down in a café and enjoy a coffee and snack. Even though we still have many restrictions, we continue to keep the infection rate very low in Australia.  I hope this can continue as we slowly get back to normal.  Only time will tell.

Podcast 120 Quiz - Did you understand the podcast?

abroad = overseas, in another country

acted = (here) to have done something

affected = when something is changed by another event or action

announced = to tell other people about something, to give information

assured = to be told something by somebody, to be convinced

banned = when you are told you must not do something

borders = the edge of a country

casinos = a place where you go to gamble or to bet

confirmed = when you are certain about something (usually by testing it)

contain = (here) stop something from spreading, to hold in one place

declared =  announced, advised, when something is clearly stated as a fact

encouraged = telling someone they should do something

exceed = be more than

experts = people who have a lot of knowledge about a topic

guests  = visitors who come to a place to receive service

guidelines = advise which is recommended but not compulsory (necessary)

gyms =  a place where you go to do fitness exercises

incredibly = when something is almost hard to believe

infections = a sickness caught from another person

mass gathering = a meeting with a large number of people, usually more than 100

non-residents = people who do not live in a place

pandemic = when a sickness is caught by many, many people

panic buying = when people buy much more than they need

potential = things which are likely, but have not yet happened

progress = (here) how far things will go in the future

protecting = to stop someone from getting sick or injured

recommending = when an expert tells you something, gives advice

recreational = when something is done for pleasure

researched = when you have found out lots of information about something

response = how you will react to something

restrictions = when you stop people from doing certain things

scary = it makes you scared or afraid

self-isolate = to stay by yourself away from other people

seriously = (here) you believe something totally

shelves = where the groceries are stored in a supermarket

shortages = when things are not available

spread = when a sickness goes from one person to another

symptoms = the signs that you have a disease or sickness

to a large extent = (here) to a large amount, mostly

treating = (here) to assume something

urged = when somebody has strongly advised you to do something