Australians love to travel by road.  It gives us flexibility when travelling and takes advantage of our large system of roads and highways.  I have owned many cars and motorcycles throughout my life, so travelling by road is something I have done a lot.  I have been very lucky in that I have never been involved in a major traffic accident (touch wood – I hope that continues).  Sadly, many people die in road accidents in Australia each year.  Thankfully, the number of road deaths has been steadily decreasing over the last 40 years or so.  Car safety has been an important contributor to that reduction.  In this podcast I would like to tell you a little about car safety in Australia.

Our governments, both Federal and State, are constantly looking for ways to reduce our road toll.  For example, our Federal government is responsible for new vehicle safety standards.  Cars, trucks and motorcycles have become increasingly safe over the years.  I’m certain this is one of the things that has helped reduce the number of deaths on our roads.  For example, our family car is a 2017 model and it has many safety features including 7 airbags, seat belt warnings, lane exit warnings, traction control, anti-skid brakes (ABS) and it warns you when you are too close to the vehicle in front.  And they are just a few of the many safety features it has.  I am continually amazed how smart and safe it is.  My motorcycle also has ABS brakes, which I think is very important on a motorcycle, especially when riding in the rain.  ABS stands for Anti-skid Braking System.  It stops the wheels from locking up under hard braking, no matter how hard you press on the brake lever, even if the road is wet.  If you lock up the front wheel during braking on a motorcycle, it’s crash time so ABS is essential in my view.  It’s great to know that, from November 2019, the government has decided that all new motorcycles sold in Australia will need to have ABS fitted.  That is an excellent decision that will save motorcyclists’ lives.

As far as new cars are concerned, the most important safety information in Australia is the ANCAP safety rating.  This rating is used on all new cars sold in Australia and New Zealand.

ANCAP stands for Australasian New Car Assessment Program and it started in 1993.  It measures all the safety features in new cars by using the information from actual crash tests of the cars. The top safety rating is 5 Star and the lowest safety rating is 0 Stars.  When the crash tests are undertaken, there are dummies put inside the cars with measuring instruments attached, so it can be determined how real people would be affected if they had been inside the car during the crash.  The testing is quite complicated so I’ll only give a summary here.  (See https://www.ancap.com.au/safety-ratings-explained for a full explanation). There are 4 areas that are measured regarding how safe the car is in a crash.  They are:

Points are scored for each of these areas and they are used to calculate an overall Star Rating.  If a car gets a 5 star ANCAP rating, then it is the best and safest car to choose.  Anything less and the car is considered less safe.  Obviously, older cars have lower ANCAP ratings.  You can look up the ratings for all new cars, and some older cars, online at www.ancap.com.au.  It is no wonder that car makers are very keen to get a 5 Star ANCAP rating for their new cars.  Everybody wants to be safe in their new car.  Getting a 5 Star ANCAP rating will help sell more cars in Australia. 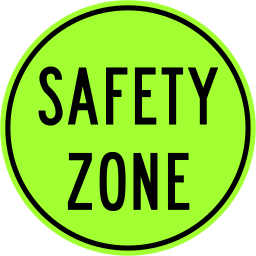 Car safety in the future is going to be more and more about advanced technology.  You only have to watch the news to know that driverless cars will be common place in Australia and other developed countries around the world in the not too distant future. Personally, I hope that people will always to be able to drive if they want to, assuming they have the required skill.  To me, to be able to drive, especially on a good country road, is really an enjoyable experience.

accident = when something goes wrong, like a car crash

actual crash = real crashes, where a car is driven into a wall at high speed

advanced technology = a machine or piece of equipment which is technical.  For example, a computer

assessment = to test something

assuming = when you believe something is true

attached = when one object is put onto another object

braking = when you make a car slow down

by contrast = in comparison

calculate = to add, multiply, subtract or divide numbers together

common place = when something happens a lot

complicated = when something has many parts and is hard to understand

constantly = when you do something over and over again

continues = when something doesn’t stop

contributor = someone or something which helps

decline = when something gets smaller, a reduction

determined = to find out

developed countries = countries which are thought to be rich such as Germany, United States, Canada, Australia, etc

driverless = without a person driving

flexibility = when we have many ways of doing something

governments = the people who make decisions for everyone, who run the country

increasingly = getting higher or bigger

keen = when you want to do something

lane = part of a highway where you drive

lever = something you press to control a machine

measures = a number which tells you how big, small, strong, safe etc something is

notwithstanding = despite this, even though

owned = when something belongs to you

pedestrians = people who walk on the footpath next to a road

points = (here) when you count the number of times something happens

prevent = to stop something from happening

rating = a score or measure of how much there is

reduction = when something gets smaller

steadily decreasing = going down at the same speed

unacceptably = when something is bad and we don’t accept it

vehicles = something which can carry you from one place to another.  For example, a car, bus or truck