Podcast Number 29 – The Seasons in Melbourne

You know, our lives are linked to the seasons.  So many of the things we love to do depend on the weather.  In this podcast I would like to tell you a little about the seasons where I live in Melbourne. The majority of Australians live in the south east and south west corners of Australia.   These areas have a temperate climate.  The cities of Melbourne, Sydney, Adelaide, Hobart and Perth are all located in the temperate climate areas of Australia. In these areas we have a hot summer from December to February, with a majority of days without rain.  This is a time for getting outdoors and being active, unless the weather is really hot.  On such hot days it’s best to stay indoors.  Those who live near the beach will often visit it quite often in summer.

I don’t live near the beach now, but if I did, in the summer I would enjoy taking a walk along the shore, either in the early morning or late in the evening.  In the evening there will often be cool sea breezes which will blow gently in from the ocean, usually starting late morning or early afternoon and continuing into the evening. 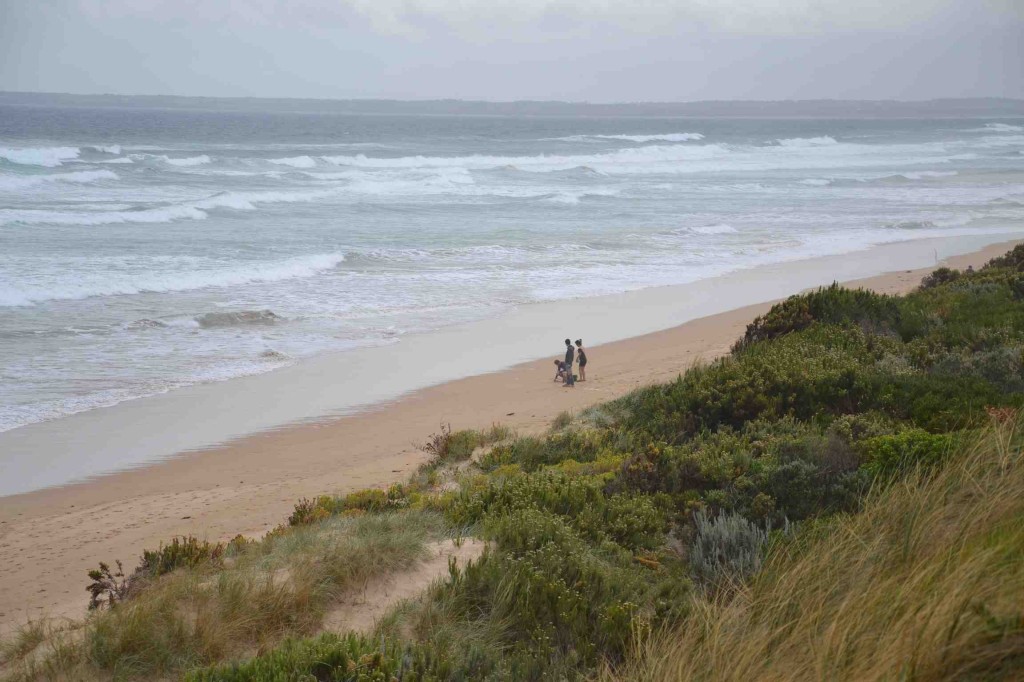 The sea breeze is caused by the difference in temperature between the land and sea.  The land heats up more quickly than the sea on a hot day and this causes a wind which blows from the sea onto the land. When I was growing up in Western Australia, I can remember the relief which the sea breeze would bring.  When at the beach, the sea breeze would often freshen up the waves and make swimming more interesting.  In Perth, the capital city of Western Australia, the summer sea breeze has a name.  It is called the Fremantle Doctor.  Fremantle is a coastal city very close to Perth.  People in Perth called the sea breeze the Fremantle Doctor because the breeze seems to come from Fremantle and also because it brings relief from the heat of the summer day.  I can still remember that wonderful cooling feeling in the evening.  My family would often have a barbeque in our back garden so that we could enjoy the summer evening.

Now I live near the outskirts of Melbourne, around 25 kilometres from St Kilda beach.  So going to the beach is not really an option for me. Instead, I love to go for a walk early in the morning along one of the many bush trails near my home. 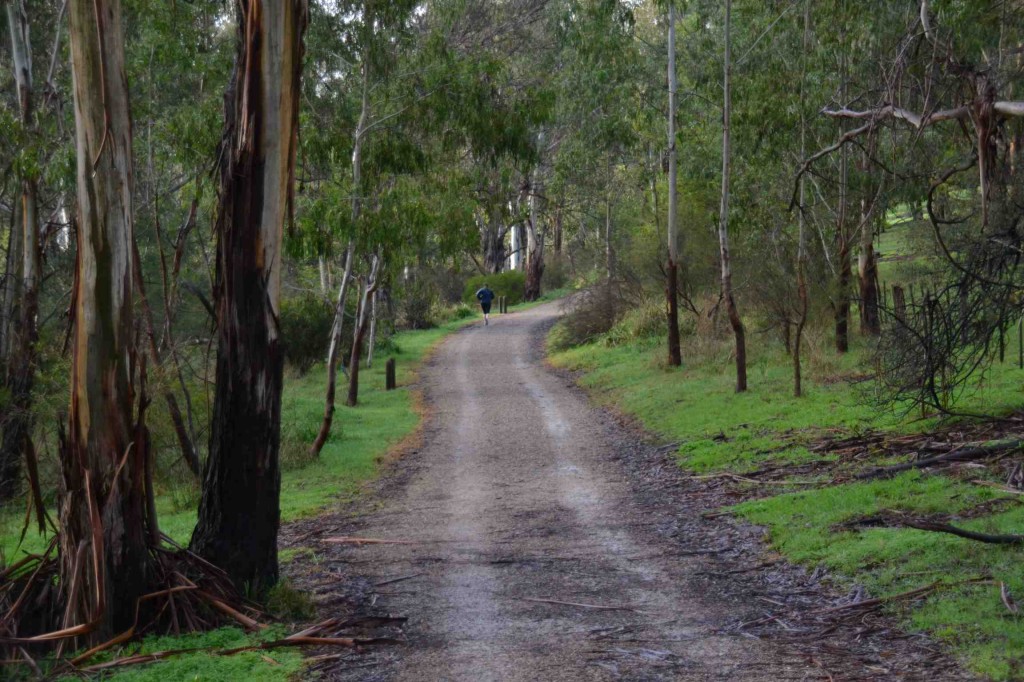 The summer is the best time of year to do this.  Summer also brings daylight saving where I live.  Four of the six states in Australia have daylight saving in summer.   This means we put our clocks forward by one hour on the first Sunday in October and then put them back one hour on the first Sunday in April. Queensland, Western Australia and the Northern Territory do not observe daylight saving.  I think they are missing out on something really good.  I like daylight saving because it means it stays light for longer into the evening and you have more time to do outdoor activities.  Average maximum temperatures in Melbourne in summer are around 25 deg C, with average minimum temperatures around 13 deg C.  Of course it can get much hotter.  Melbourne’s highest ever maximum was 46.4 deg C in February 2009, which was also the day of terrible bushfires here in the state of Victoria.  (See Podcast 23.)

From March to May we have autumn.  I love autumn in Melbourne and I think it is the best time to visit as a tourist.  The temperatures are getting lower after the hot summer and are very comfortable.  We often have sunny days with clear skies and it’s around this time that we have the Easter holiday.   The founders of Melbourne planted lots of deciduous trees, so Melbourne can be quite pretty in autumn as the trees lose their leaves.  It reminds me of the visits to Austria which I have made with my wife.  I love to see the change in the colour of the trees around autumn.  Melbourne’s average maximum in autumn is around 20 deg C, with average minimums around 10 deg C.  The Australian Rules Football season starts in March so everyone has plenty to talk about.  For example, will my team make it through to the finals in September?

Winter is from June through to August.  It can get quite cold in Melbourne and it does tend to rain every second day, although the actual amount of rain is about the same as in summer.  Average maximum temperatures are around 14 deg C, with average minimums around 6 deg C. 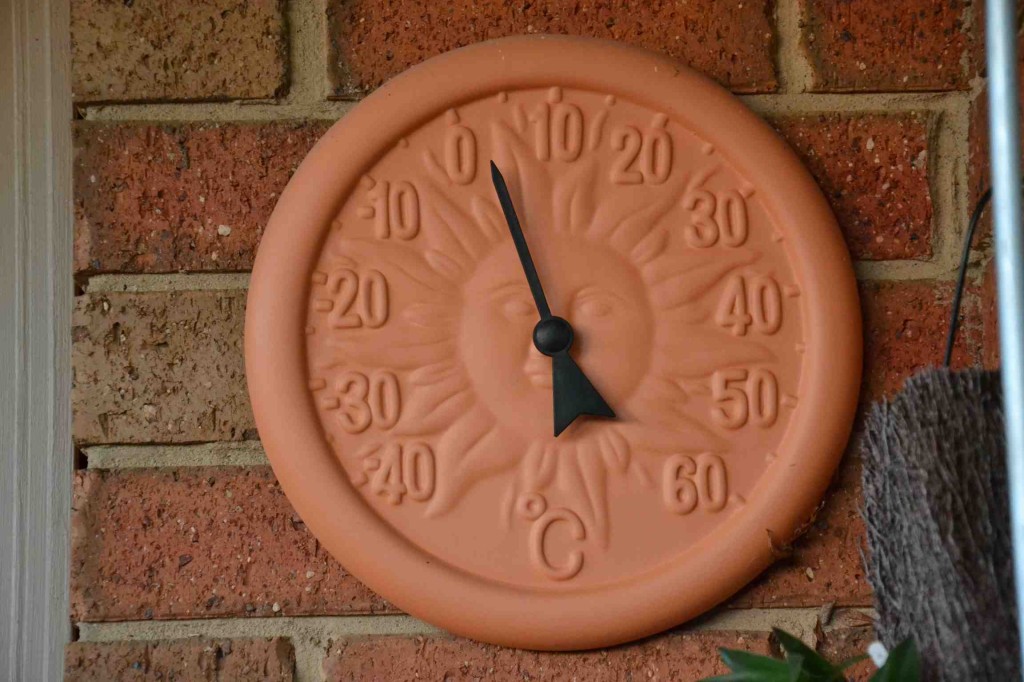 The coldest ever minimum in Melbourne was -2.8 deg C.  While the weather may not be great in winter in Melbourne, the winter is when most of the Australian Rules Football competition is held.  So even though people may not look forward to the weather, just about everybody looks forward to the football (see Podcast 2).

Finally, spring arrives from September to November.  The weather starts warming up with average maximum temperatures around 20 deg C and average minimum temperatures around 9 deg C.  It does rain quite a bit as well.  A lot happens in spring in Melbourne.  The football finals are a great spectacle and the spring carnival of horse racing comes along in October and November, including the wonderful Melbourne Cup (see Podcast 25).

So then we come around to summer again and so the cycle continues.  I look forward to many more summers in Melbourne.

If you have a question or a comment to make, please leave it by clicking the comments link at the top of this page. Or, you can send me an email at rob@slowenglish.info.  I would love to hear from you.  Tell me where you live, a little bit about yourself and what you think of my Slow English podcast.  I will write back to you, in English of course.  Perhaps you could suggest a topic for a future podcast.  If you would like to take a short quiz to see if you have understood this podcast, you will also find it on my website. Goodbye until next time.

Podcast 29 Quiz - Did you understand the podcast?

active = when you are doing things

average = the middle number in a range of numbers.  To calculate an average, add all the numbers and then divide the total by how many numbers you have.

barbeque = to cook your food outdoors on a grill

caused = when one thing makes something else happen

competition = when two people or teams compete to win

corners = where 2 sides of an object meet.  For example, the corner of a room

deciduous = trees which drop their leaves in autumn

depend = when one thing changes because of something else

founders = the people who started something

freshen up = to make something brighter or better than it was before.

instead = to do something else

linked = when two things are connected, when one thing affects another

located = where something is

missing out = when you don’t get something which is good.

observe = to take note of something

option = when something is possible, an alternative

outdoors = outside, not inside a building

outskirts = to be at the edge

relief = when something which makes you uncomfortable stops

reminds = when something makes you remember

spectacle = when something is exciting to look at.

St Kilda beach = a beach in Melbourne, at a place called St Kilda

temperature = how hot or cold it is

the cycle continues = when things happen over again.

tourist  = someone who visits your country

trails = a path through the bush or forest