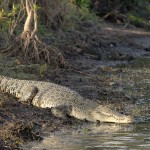 Australia has a reputation for having lots of dangerous animals. But in reality, unless you go looking for them, you are almost certain never to see any. In this podcast, I would like to tell you a little about just a few of the dangerous animals we have in Australia. I should add that I am no expert on animals, but like nearly all Australians, I know the places where dangerous animals might be found. If these places are avoided, I believe that Australia is probably as safe as any other country in the world. If you want to learn more about our dangerous animals, I suggest you visit the Australian Geographic website at
http://www.australiangeographic.com.au/topics/wildlife/2013/03/australias-dangerous-animals-the-top-30/. There you will find all the scary details about the most dangerous of Australia’s animals. But sometimes, it’s better not to know all the scary details. Just be sure you always take the well-worn track, take the advice of the local people and you will be okay.

It is interesting that, as an Australian in my 60s, I have seen so few dangerous animals. I think that is true for most Australians. The fact is, most Australians live in the cities or regional towns, where very few dangerous animals are to be found. Nonetheless, for those who are foolish enough to go to certain places in Australia without good preparation, or good advice, or a knowledgeable guide, or the right equipment or clothing, there could well be dangers awaiting them. 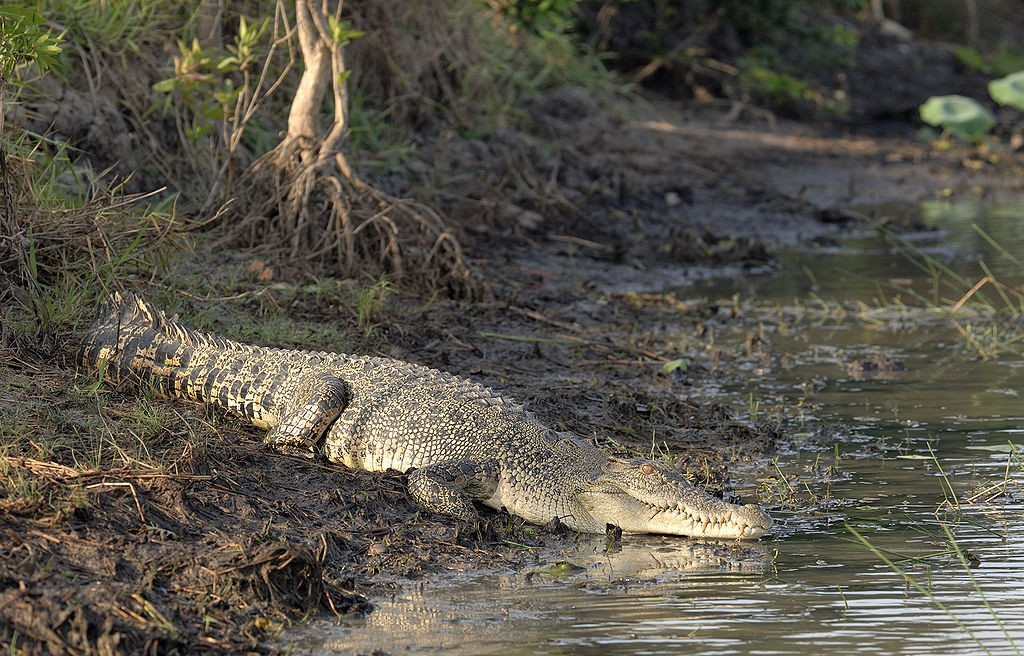 They only live in the rivers, swamps and waterways along the very northern coast of Australia. There are usually 1 – 2 deaths per year from saltwater crocodile attacks, with 4 – 10 non-fatal attacks per year. Luckily, this part of Australia is quite remote and there are not many Australians who live there. But for those who do live in or visit this part of Australia, being ‘crocwise’ is absolutely critical. Unless there is a sign saying it is safe to do so, going for a swim in this part of Australia could be your last swim.

Shark attacks also happen in Australia. Probably the most famous shark in Australian waters is the Great White, a huge and dangerous fish which have been known to grow up to 6 metres in length. 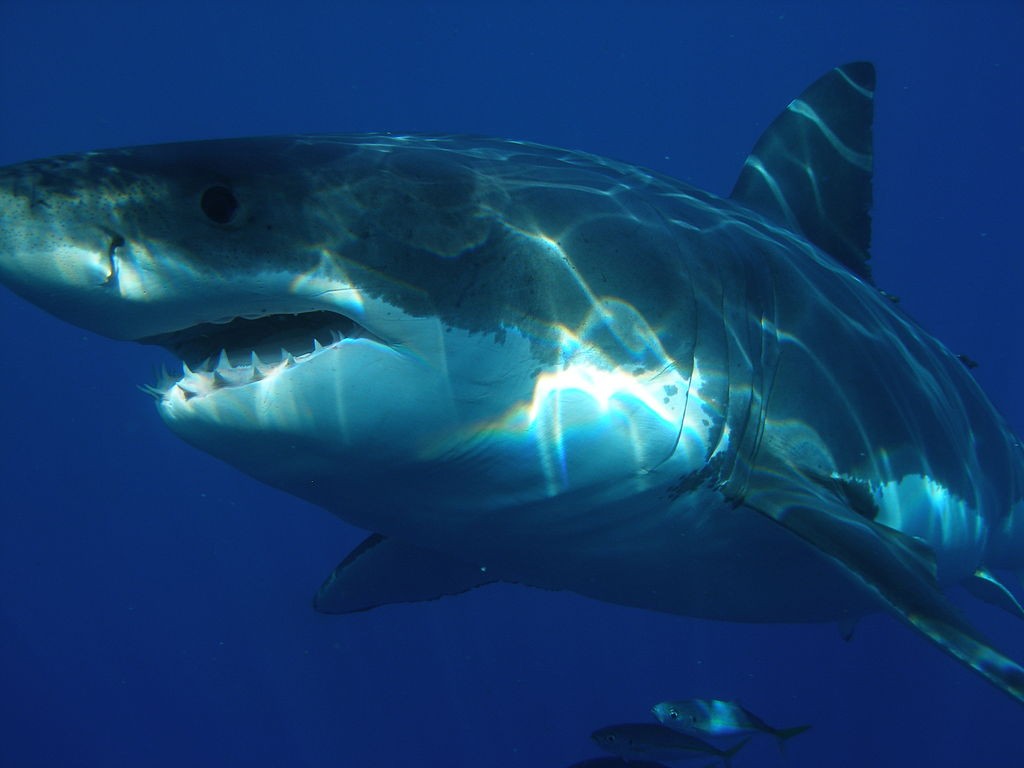 Other dangerous sharks are the Tiger Shark, the Bronze Whaler, the Hammerhead and the Grey Nurse. About one quarter of shark attacks are fatal and, in 2014, there were 5 deaths from shark attacks around Australia’s coastline. Notwithstanding this, swimming at Australian beaches is a national pastime. If you swim at a beach which is patrolled by lifesavers, and you swim between the flags, the chances of being attacked by a shark are extremely low. When I was a child, I spent most of my summer holidays swimming at our local beach in Bunbury, Western Australia. Not once can I remember a shark alarm. It seems that surfers are the ones most likely to be attacked by sharks, especially in the more remote areas around the coastline. However, around 1 in 10 Australians are surfers, so you can see that, on balance, the number of shark attacks is very low compared to the number of Australians out there surfing and having fun. Australian surfers seem to love surfing too much to let a few shark attacks keep them from surfing.

The other dangerous animals in Australia are all quite small. One of the things I fear most is snakes.   There are 140 types of land snakes in Australia and around 100 of those are venomous. But of these, only around 12 have a venom which can kill you. The most famous is the Taipan which is found in the north of Australia in Queensland. Other snakes include the Tiger snake and the Eastern Brown Snake. 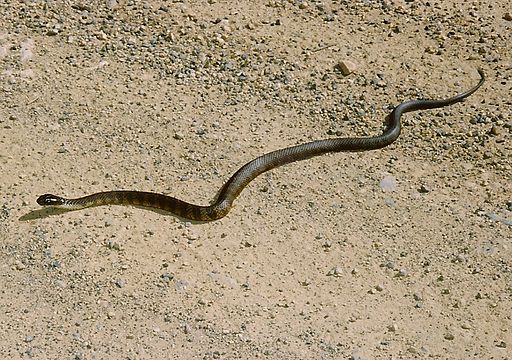 These two snakes are found in the southern areas of Australia. Most people are afraid of snakes, me included. But actually, snakes are also afraid of people and, if left alone, will normally quietly slip away and not attack. Most snake bites in Australia happen when someone tries to kill or capture a snake. Getting bitten when bush walking is reasonably rare. My wife and I recently climbed Mt Bogong in Victoria, which involved walking through quite thick bush for many hours. We kept strictly to the walking track and never saw one single snake, even though they are quite common in that part of Victoria. Keeping to the track is important when you are bush walking in Australia. That’s the best way to avoid meeting a snake. If we had seen one, we would have stopped, then carefully backed away. Luckily, today there are antivenoms available so that, if you do get bitten, as long as you can get to a hospital, there is little chance of dying. Around 2 people die each year from snake bite in Australia, although we have around 500 hospital visits because of snake bite.

There are some dangerous animals in Australia which are very small. The Funnel Web spider and the Red Back spider both have dangerous bites. The Funnel Web is the most dangerous and is found only in New South Wales. It is a dark coloured spider which can be up to 3.5cm long. Luckily, an antivenom became available in 1981 and since then, no deaths have been recorded. We lived in Sydney for 5 years and I never saw one. I don’t think I would like to either.

The Red Back spider is more common but their bite is not as dangerous as the Funnel Web. 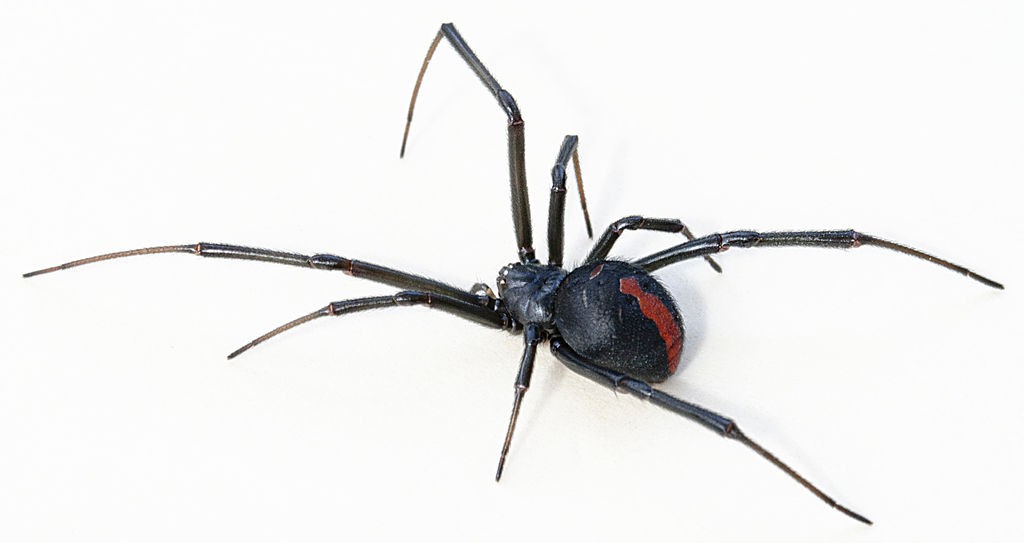 These spiders are smaller and are black with a bright red patch on their back – hence their name. They are found all over Australia and are quite commonly seen hidden away in dry, sheltered places outside the average home. If I went into my garage now and started cleaning out the shelves, I would probably find one. Luckily they are very easy to see. An antivenom became available in the 1950s so there have been no recorded deaths since then.

I hope this podcast hasn’t made you feel too uncomfortable. To tell the truth, I found it a little unsettling when I was reading about all the dangerous animals we have, especially the snakes. It just reminds me about the importance of staying on the track when I am out walking.

Podcast 56 Quiz - Did you understand the podcast?

Vocabulary
absolutely critical = very, very important
advice = when someone tells you how to do something
afraid = how you feel when you think that someone or something might hurt you
alarm = when someone warns you that there is danger
antivenom = a special medicine which stops you from getting sick after you have been bitten
attack = when someone or an animal tries to hurt you or kill you
Australian Geographic = an Australian wildlife magazine and website
avoided = when you have stopped something from happening
backed = to go backwards
bitten = when an animal bites you
bush = forest
capture = to catch
certain = to be sure about something
certain places = places which have something special
coastline = where the land meets the sea
compared = when you decide if something is better or worse than another
crocwise = an advertising word used in the Northern Territory, which means – know where crocodiles are
dangerous = when you can get hurt or die from something
dark coloured = when something has a dark colour
details = information
equipment = the things you need to do a job. For example, strong boots when bush walking
expert = a person who knows a lot
extremely = when something is very low or very high
fatal = you will die from something
flags = a rectangular piece of cloth with special colours and design, on a pole
foolish = when you are not very smart, or make silly errors
garage = where you put your car
hence = therefore
hospital = a place for the sick, with doctors and nurses
huge = large
included = when something is put together with others
involved = when you must do certain steps in order to do something
knowledgeable guide = someone who knows a lot about a place and takes you there
lifesavers = people who help you if you have a problem at the beach
local = nearby
national pastime = lots of people do this for fun
nonetheless = despite this, even though,
non-fatal = when you will not die from something
notwithstanding = despite this
on balance = when you think about the pros and the cons
patch = a small area
patrolled = to go up and down to make sure everyone is safe
preparation = to get things ready
quite common = happens a lot
rare = not very common
recorded = when something is written down
regional towns = small cities
reminds = when something helps you to remember
remote = far away from other places
reputation = when you are known for something
scary = when something makes you afraid
sheltered = when the rain and wind cannot get in
shelves = places on the wall where you can put things
slip away = go away
snakes = long thin animal which slides along the ground
strictly = you must follow the rules
surfers = people who ride waves on a board
swamps = an area of land where there is a lot of water
tonne = a large weight, 1000kg
uncomfortable = to feel not very happy
unsettling = when something makes you feel not very happy
venom = poison. This can make you sick or die
venomous = poisonous. When it bites, it puts poison into you
waterways = rivers and lakes where boats can go
well-worn track = the path that everyone uses