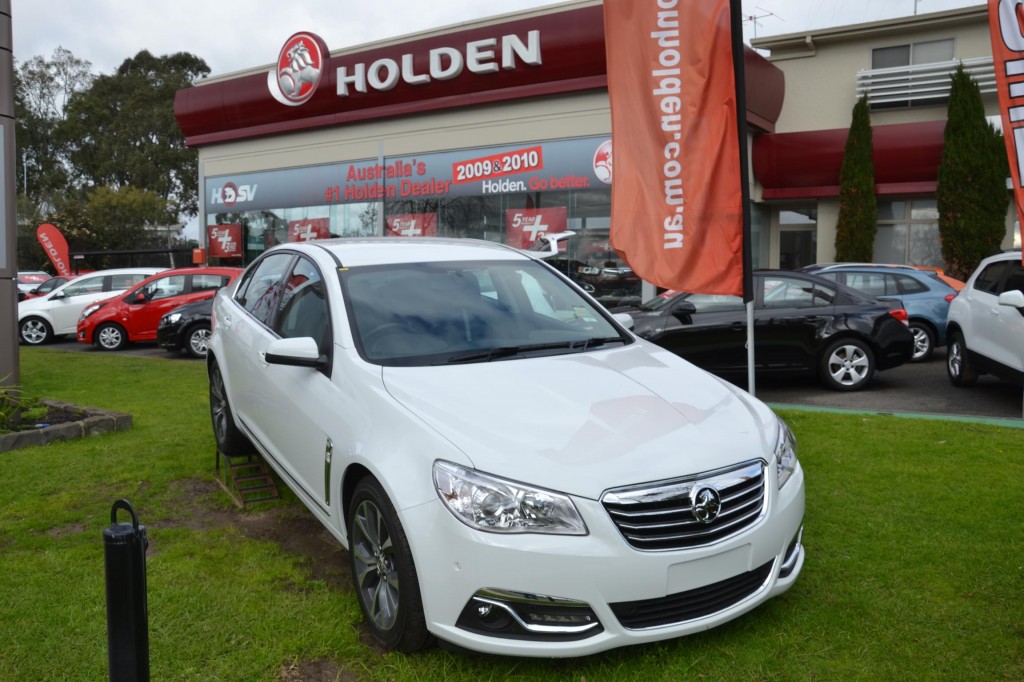 While Australian made cars have been popular in Australia in the past, their popularity is diminishing. Sales numbers have been going down and down. This has had a very bad effect on the local car makers. Things are so bad that, by the end of 2017, all car makers in Australia will have stopped making cars here. All cars bought in Australia from that time on will be imported.

Things were different in the 1960s, when I first became a fan of cars and Australian cars in particular. I can remember back then that you could buy an Australian made car from one of six local car makers. They were British Motor Corporation of Australia, Chrysler, Ford, General Motors Holden, Renault and Toyota. Some of these companies made cars which were designed in other countries, however there were 3 car makers which designed as well as built cars in Australia. These car makers were ‘the big three’ as we called them. They were General Motors Holden, Ford and Chrysler. All of these companies had links back to their parent companies in America, but in every other sense they were Australian. The cars they made were powered by six cylinder engines with rear wheel drive. These cars seemed to be just what Australian buyers wanted. They were large cars compared to others cars of the day. They had four doors and a big boot for carrying things. The engines had good power and the cars were strongly built in order to handle tough Australian conditions. They were also well suited to the needs of Australian families. Australians travel long distances, especially those living in country areas. Cars had to be able to travel with ease for long periods, over roads that sometimes were not sealed and often towing a caravan.

Australians back then loved to go on holidays in a caravan, and they still do today. My parents had one and I can remember going on summer holidays to a popular seaside town called Augusta in the south west of Western Australia. We would swim all day and also go fishing. An Australian built car was just perfect for that sort of activity. The Ford Falcon, the Holden or the Chrysler Valiant was the perfect car to tow your caravan and carry all the family’s things, as well as the family. These cars were not complicated and were quite robust. If something broke, it was easy to find someone who could fix it, and parts were not that expensive. There is no doubt that these cars were not as refined or advanced as cars from the European car makers like Mercedes. They were also not as fuel efficient but that didn’t seem to matter in the 1960s. Australians bought these cars in their many thousands.

In the late 1960s and 1970s, some of these cars also had the option of a V8 engine. That was how the classic Australian muscle car was born. The most powerful sports sedans of that period were the Ford Falcon GTHO, the Holden Monaro GTS 350 and the Chrysler Valiant Charger RT. 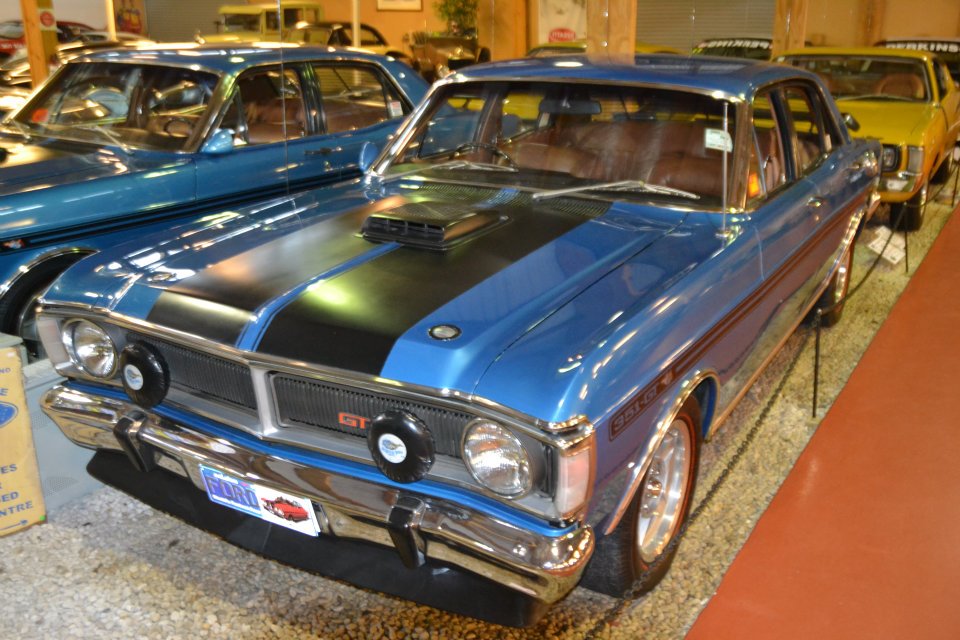 These cars became the classic Australian high performance cars which today bring such high prices from collectors. Car enthusiasts in Australia love these cars. That’s why, even in 2014, you could still buy new Australian built high performance cars – such as the Ford Performance Vehicles GT F with a 351 kilowatts V8 engine and the Holden Special Vehicles GTS with a 430 kilowatts V8 engine. Unhappily, they too will soon be phased out. 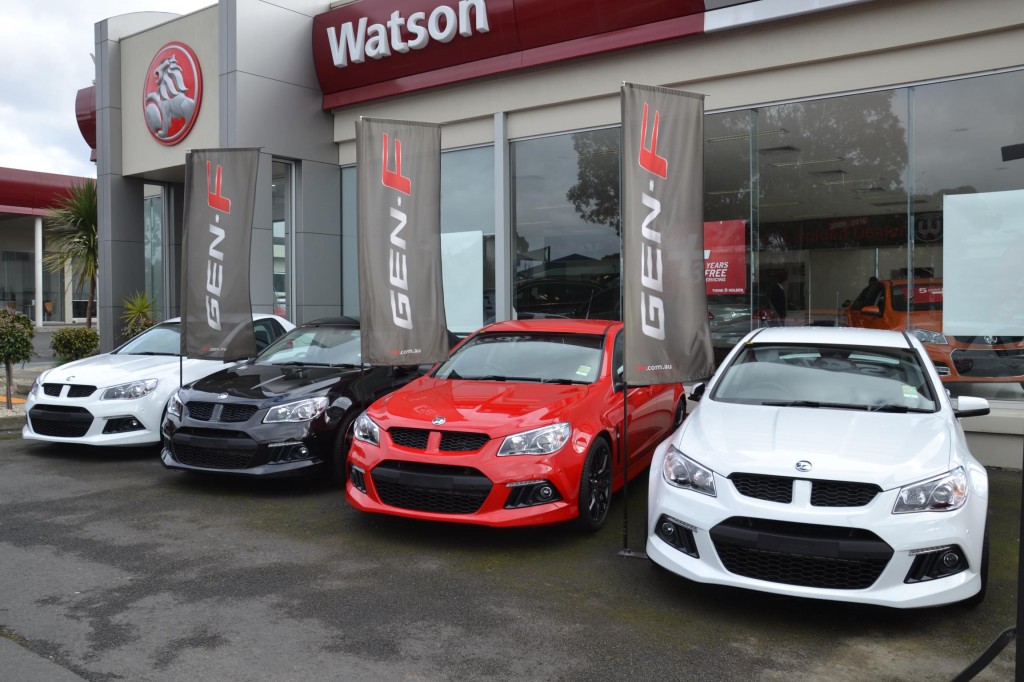 Since the 1970s, car manufacturing in Australia has undergone major change. Of the 6 companies making cars back then, only 3 remain making cars in Australia today – Ford, General Motors Holden and Toyota. In 1970, there were 450,000 vehicles made in Australia. Production remained reasonably steady at around 300,000 cars per year up until 2008. But sales had already started to drop. Australians were wanting more fuel efficient cars, and also smaller cars. The Holden Commodore and the Ford Falcon, once the most popular car models in Australia, were not selling well enough. The car makers were finding it increasingly difficult to make a profit. Since around 2003, the Australian government has provided around $4.2 billion in grants direct to the car makers in Australia, or about $420 million per year. But even with this money, it seems that the car makers are no longer make a profit making cars in Australia. The fact is, Australians are now wanting different cars to those being built in Australia. The cost of labour is high in Australia and our market is too small. Unless the Australian car makers can also export their cars, they are not be able to make a profit. The high Australian dollar has not helped, making our cars too expensive in other countries. So that is how it has happened.

I bought a new Ford Falcon in 2002 and I still have it. It has a V8 engine with a 5 speed manual gearbox. It’s quite old now but I have kept it in excellent condition and I love it. 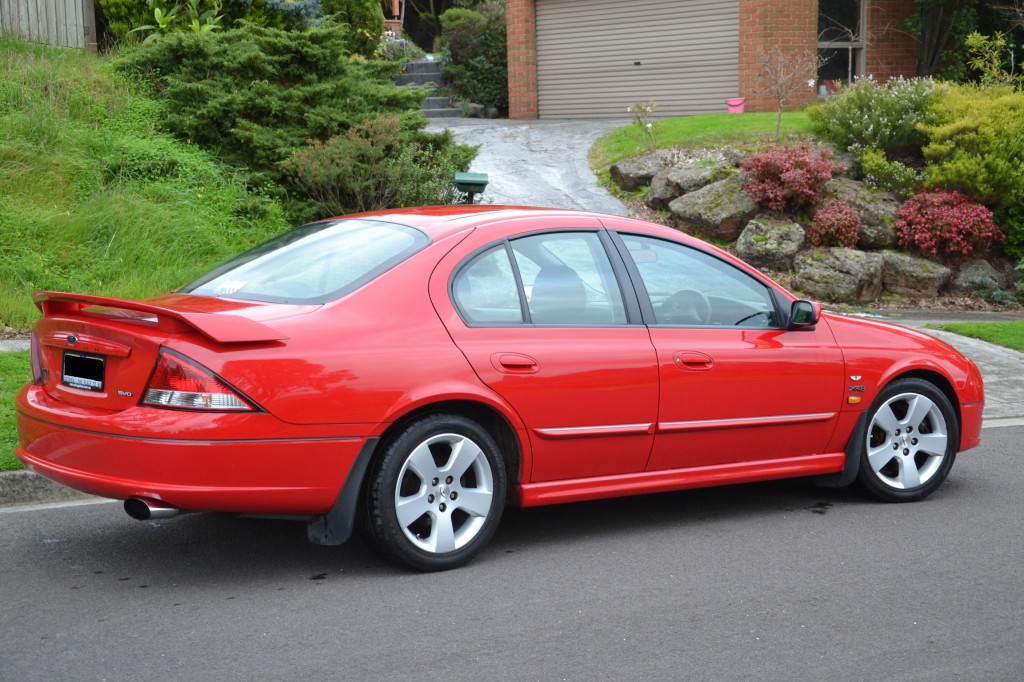 Every time I drive it, I think of how great Australian cars have been over the years. In 2016, the last Ford Falcon will be built, and in 2017, the last Holden Commodore. It will be a sad day, but the world is changing and Australia must change with it.

If you have a question or a comment to make, please leave it in the comments box at the bottom of this page. Or, you can send me an email at rob@slowenglish.info . I would love to hear from you. Tell me where you live, a little bit about yourself and what you think of my Slow English podcast. I will write back to you, in English of course. If you would like to take a short quiz to see if you have understood this podcast, you will also find it on my website. Goodbye until next time.

Podcast 45 Quiz - Did you understand the podcast?

Vocabulary
boot = the back part of a car which carries things. Called a trunk in America

brand = a name given to a product or service. For example, Coca Cola.

caravan = something you pull behind your car. You can sleep in it. Like a house on wheels

classic = something from the past which is very, very good

collector = someone who collects things for fun, for example, stamps or cars

companies = groups of people who join together, people work for them

compared = to see how something is different to something else

cylinder = part of an engine, like a tube. An engine has one or more cylinders

designed = to plan something, including how it will look and operate

disappear = when things are no longer there to be seen

engines = devices which make a vehicle move, they make power

enthusiasts = people who love an activity, for example football fans

export = when you send your products overseas to be sold

fuel efficient = doesn’t use much petrol or gasoline

grants = when money is given to someone or to a company

handle = to be able to do something

imported = bought in another country and brought into your country

in every other sense = all other ways of thinking about something

kilowatts = a way to measure how much power a car has, for example, kilowatts, horsepower

labour = the people who work for a company

links = have things in common, or are related

manufacturing = to make something

market = the people who buy your product

muscle car = a car with a lot of power

option = something you can choose to have

parent companies = where one companies is started by another company

passionate = when you feel strongly about something, or like it a lot

period = a time, for example 3 hours

phased out = removed, no longer available

powered = when something is given energy by an engine

production = when things are made

profit = when you make money from doing something

reasonably = when something is not too large and not too small

remained = left behind, still there

robust = strong, will not break easily

sales = when things are sold, bought by someone

sealed = when a road has a hard top, of concrete or bitumen

seaside = next to the sea

tough = when something is hard or difficult

tow = to pull something behind a vehicle such as a car

Western Australia = a state of Australia, on the western side