Education is a way to a better life. In Australia this has always been the case. I can remember when I was a young student in high school. The thing we all wanted to do was go to university. Getting a university degree was the way to get a good job and the path to having a happy and successful life. I was lucky enough to be able to go to university in Perth, Western Australia, where I studied to become a teacher. After I finished university, I became a high school teacher and that was the beginning of a great career for me. In this podcast, I will give you a brief overview about universities in Australia. 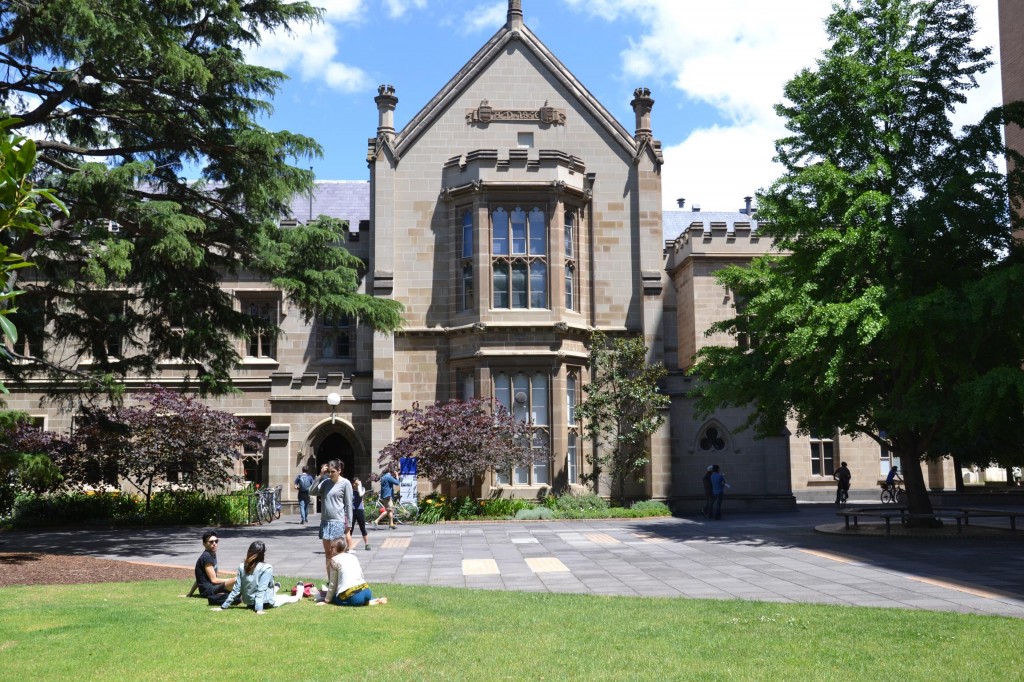 If you want further information about any Australian university, or about how to enrol, you should visit www.australianuniversities.com.au.

Today, many young people still see university as the best way to get a good job. Things have changed a little since I went to university in some respects, but it is still a great place to learn and to make friendships which last a lifetime. It’s also the place where young people, and some not so young, can hear new ideas, learn new ways of thinking and also become passionate about things that are important. It’s almost a tradition in Australia that university students question authority and question how things are currently done in society. 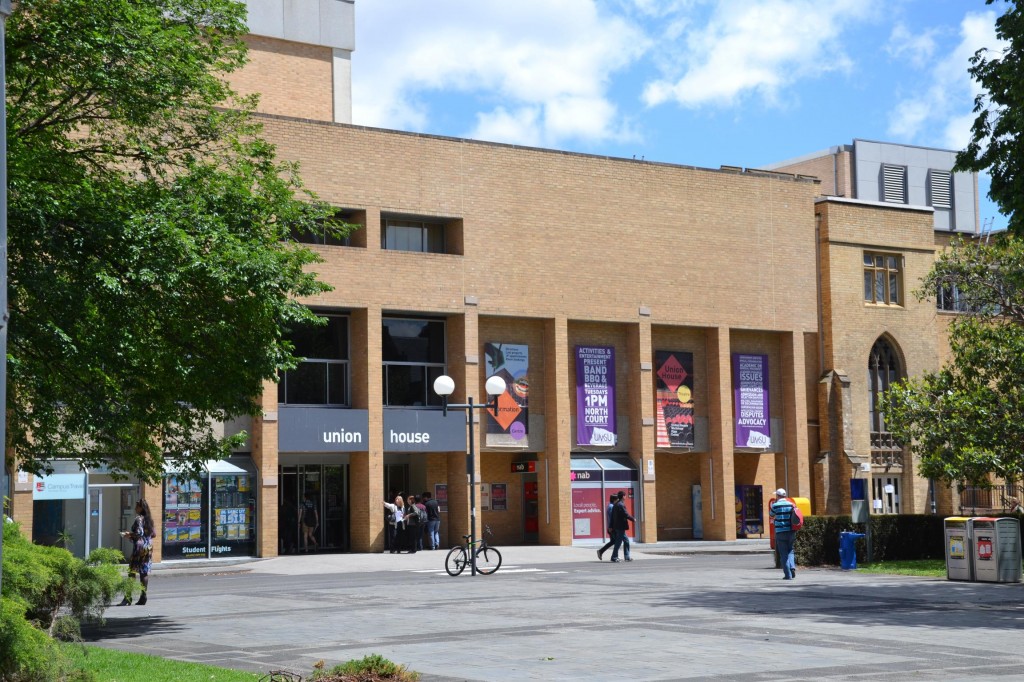 This is a good thing I think, as this is how our society matures, becomes more tolerant and more diverse. It is also how people learn to become the leaders of the future.

In Australia we have 43 universities attended by just over 1 million students. Of those, about 230,000 are foreign students and about 810,000 are domestic students. Unlike when I was 18, today there are many more school leavers who go on to further education. In fact, in 2013, 59% of all school leavers went on to do further study of some form, and 60% of those went to university. This means that, today, approximately one in every three school leavers go on to university. In 1983 for example, this was one in six so you can see that more and more Australians are now attending university.

Australian universities are generally well regarded in comparison to other universities in other countries. One way this is measured is by using one of the many university ranking lists which are developed each year. One of the well-known ranking lists is the Times Higher Education World University Rankings list. In 2014, it ranked Melbourne University as number 33 in the world and the top ranking Australian university. 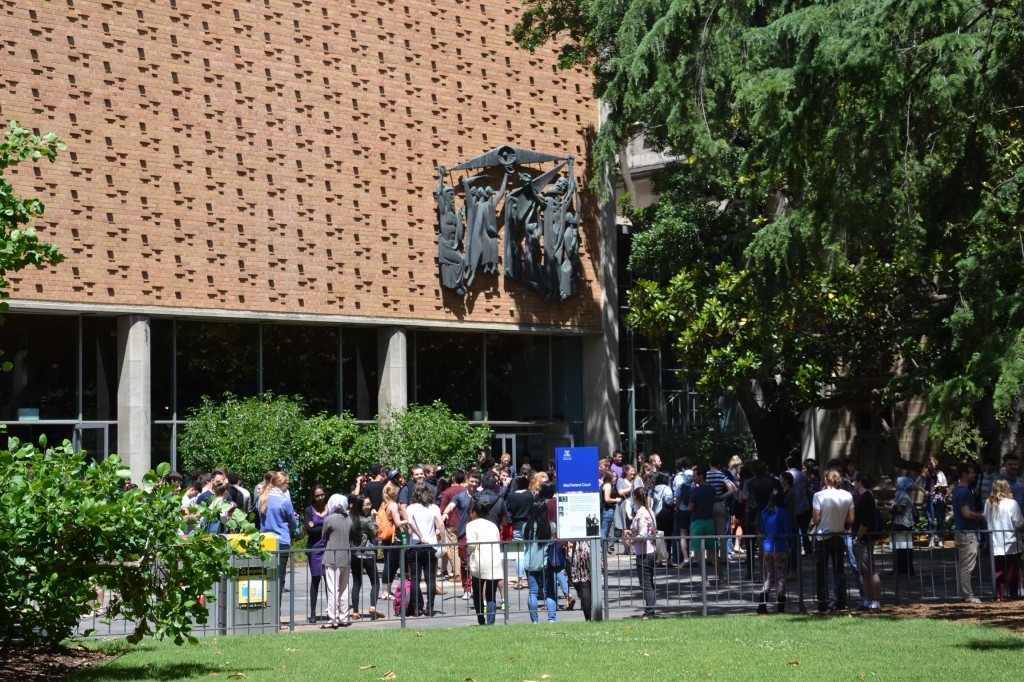 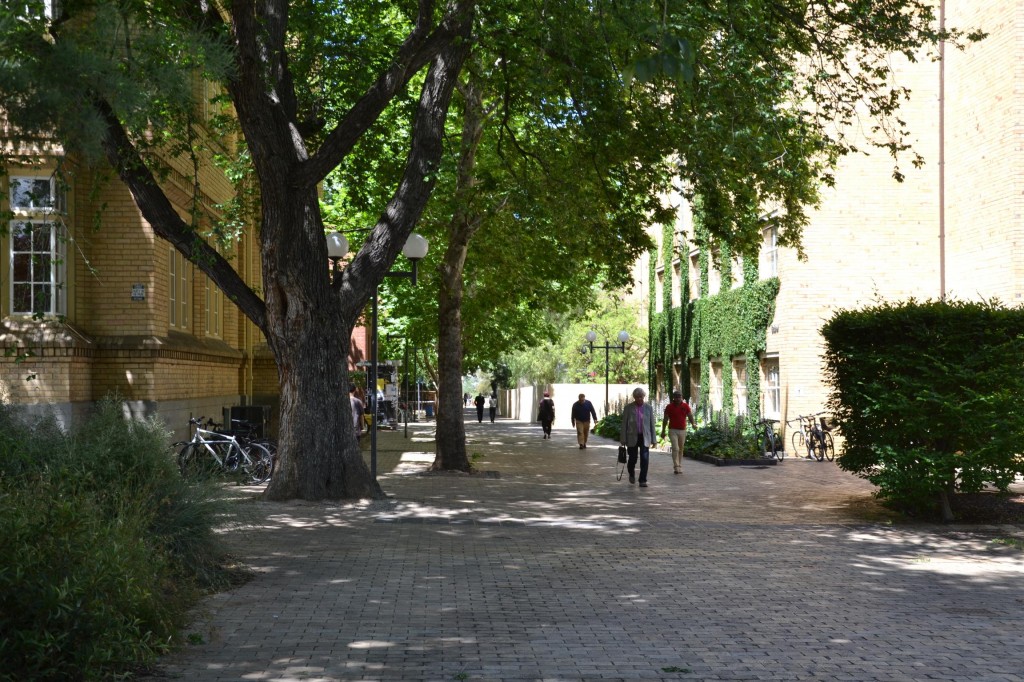 I attended the University of Western Australia after I left high school and I have very fond memories of my time there. During my working life, I also studied part time at the University of New England, in New South Wales, where I completed a masters degree by correspondence. I found that to be a real challenge, as it is hard to study part time while also working full time with a young family. But it was worth it. My masters degree taught me a lot about how to be successful in management and in business. I found that very useful in my job and I’m glad I put in the effort to complete the degree.

Of course, before you can study at university in Australia, you must apply and be accepted. For domestic students in Australia, there are a number of ways you can gain entry to university. For those who are completing high school, the process is a little different in each state of Australia, although the differences are only small. In my state of Victoria, the process is to apply through VTAC, or the Victorian Tertiary Admissions Centre. Once the examination results for the Year 12 school examinations are released, VTAC calculates a special score for each student called an ATAR or Australian Tertiary Admission Rank. The ATAR is used by universities to compare all the students who have applied to do their courses. The ATAR is one of the pieces of information which universities use, although different courses may have other entry requirements, as well as a good ATAR score. To find out about the courses and the requirements they may have for entry, you should visit the website of the university concerned. For international students wanting to study in Australia, the process can involve applying direct to the university concerned. Again, visit the university website of your choice for further details, or perhaps start at www.australianuniversities.com.au and follow the links. 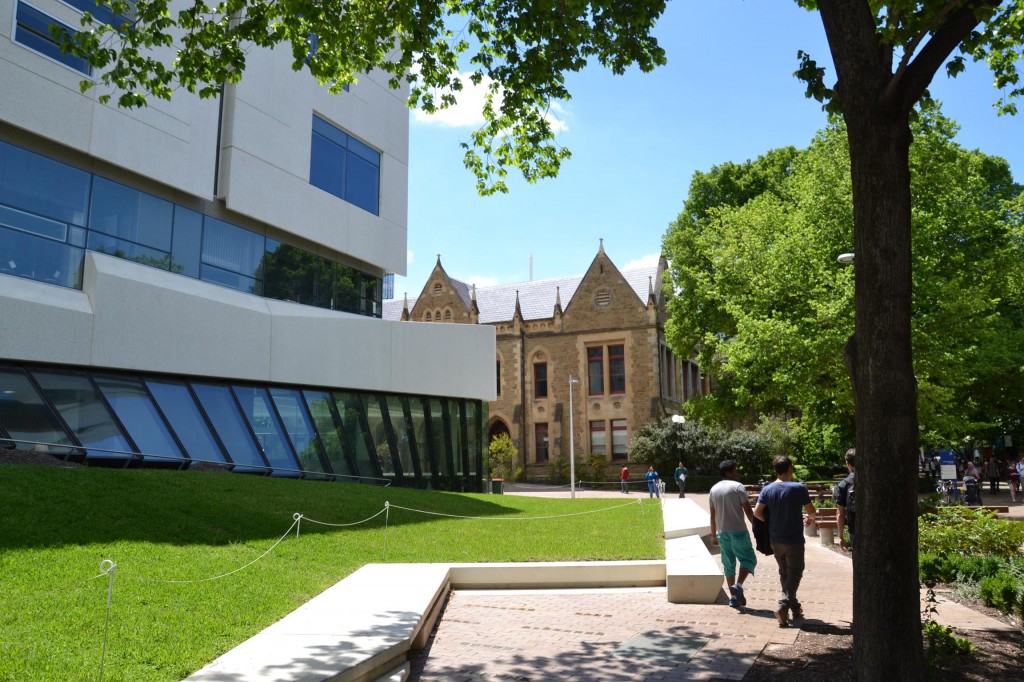 Podcast 50 Quiz - Did you understand the podcast?

Vocabulary
accepted = when those running a course say that you can do the course
apply = when you ask if you can do a course
approximately = about
attended = to go to an event or course
authority = the people who are in charge, the bosses, the leaders
beginning = the start
business = the selling of products and services
calculates = to add, divide, multiply and/or divide
campuses = used to describe a university, its buildings and the area around it
case = the reality
challenge = when something is very difficult or hard
compare = look at two people or things and decide which is better
comparison = when you look at two people or things and decide which is better
concerned = the one you are talking about
correspondence = when you receive things only by mail. You don’t go to the university
currently = now
degree = an award from a University to show that you have completed a course.
developed = produced, made
direct = to ask another person or organization something
diverse = to have things of many different types
domestic = lives in Australia
enrol = to sign up to do a course
entry requirements = the things you must have before you can start a course
examination results = when you take a test and you find out if you passed or not
fond memories = to remember something as being very good
foreign = not from Australia, from overseas
founded = started
further = more
in some respects = in some ways
international = from overseas, not from Australia
involve = when you must take some steps to do something
lists = when you write down many things of the one type
management = when you are a boss
masters degree = a high award from a university
matures = when something grows and changes
measured = to give a number which tells you how much
passionate = when you like something very, very much
path = the way
prestigious = people think it is very, very good
process = the steps you take in order to do something
ranking = to say one thing is better than something else
released = when something becomes available to others
school leavers = young people who have finished their schooling, usually 17 years old
situated = the place where something is found
society = describes all the people in a country and how they live
successful = when things are going well
teacher = a person who helps you learn, usually in a school
tolerant = when you show respect for the ideas of other people
top ranking = the best
well regarded = when people think something is very good