The Opera House was opened in 1973 and since then has become an icon of Sydney and Australia, recognized all around the world.  In fact, in 2007, the building was added to the UNESCO World Heritage List, as a building of special cultural value for the world.

The Opera House, as its name suggests, is a place where you can see operatic performances, but that is only part of the story.  Actually, it has several auditoriums where you can see and hear not only opera, but also plays, musical concerts, ballet, modern dance and in fact performances and presentations of every kind.  There are actually 6 auditoriums within the Opera House which vary in size.  The biggest is the Concert Hall which holds 2,679 people and is the home of the Sydney Symphony Orchestra, where large concerts are held.   The next largest is the Joan Sutherland Theatre which holds 1507 people and is named after one of Australia’s, and the world’s, greatest opera singers, Dame Joan Sutherland.  It is in this auditorium where Opera Australia and the Australian Ballet hold their performances.  Next is the Drama Theatre which can hold 544 people.  This is used by the Sydney Theatre Company and other groups and, as the name suggests, is where plays are most often performed.  Next is the Playhouse, which can hold 398 people and likewise is used for drama and other types of performances.  There are two other smaller auditoriums and also a recording studio.   It is also important to mention the Outdoor Forecourt, which is a large area just outside the Opera House which can be used for major outdoor performances and other community events.  For example, when Oprah Winfrey visited Australia, she held a wonderful concert in the forecourt of the Opera House – what a fantastic event that was.

The construction of the Opera House was controversial, as is often the case when something truly different and unique is created.  It started in 1954 when the Premier of New South Wales announced that a new opera house would be created.  A competition for the design was held.  They received 233 entries from all around the world.  The competition was won by a Danish architect Jørn Utzon.  His design was chosen because of its originality.  The roof of the building is in the shape of several huge shells made of concrete, which also look like sails on a gigantic sailing ship.  Utzon was asked to oversee the construction which began in 1958.  The budget was $7m and the planned completion date was January 1963.  Because the design was so unique, it presented great challenges for the builders.  Construction slipped behind schedule.  In 1965, there was a change in government in New South Wales and the new government minister responsible for the building was very unhappy with how the construction was going.  Not long after that, he had a disagreement with Utzon and in 1966 Utzon resigned and left Australia, saying he would never return.  As a result, he never saw the completed building.  The building was finally completed in 1973 at a cost of $103m.  Nearly all of that cost was raised using a special Opera House lottery, which I think is a great way to provide the funding for such a controversial public building. When the building was opened in 1973, Utzon’s name was not even mentioned.  However, many years later in 1999, Utzon was again invited to become involved.  He was asked to develop further design principles for the Opera House.  This means that his ideas and vision for the design can continue for many years to come as they continue to develop the Opera House.  Personally, I am glad that he was finally recognized in Australia.  He really did create a building which is world famous and truly unique.  One of the smaller auditoriums has now been renamed the Utzon Room, as a tribute to his wonderful talents as the original designer of the Opera House.  Utzon died at the age of 90 in 2008, in Denmark. 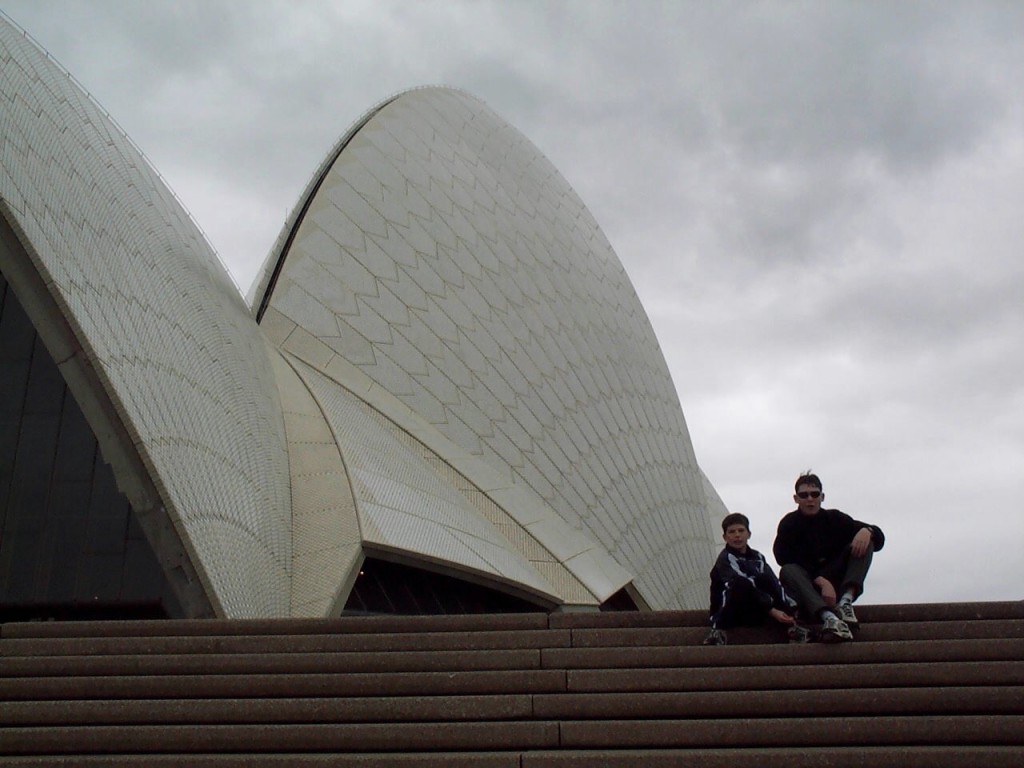 The Opera House continues to be a very important landmark for Sydney.  Each year around 8 million people visit there and around 1,500 performances and events are held there.  A visit to Sydney is not complete without a tour of the Opera House.  My family and I like to travel on the ferry when we visit Sydney, departing at Circular Quay and travelling out to Manly Beach which is near the entrance to Sydney Harbour.  The views of the Opera House are priceless as you sail away from Circular Quay.  Likewise, when you return on the ferry you get to view the Opera House all over again as you approach Circular Quay.  Another treat is to walk across the Sydney Harbour Bridge at night.  The sight of the Sydney Opera House across the water is a view I will never tire of seeing. 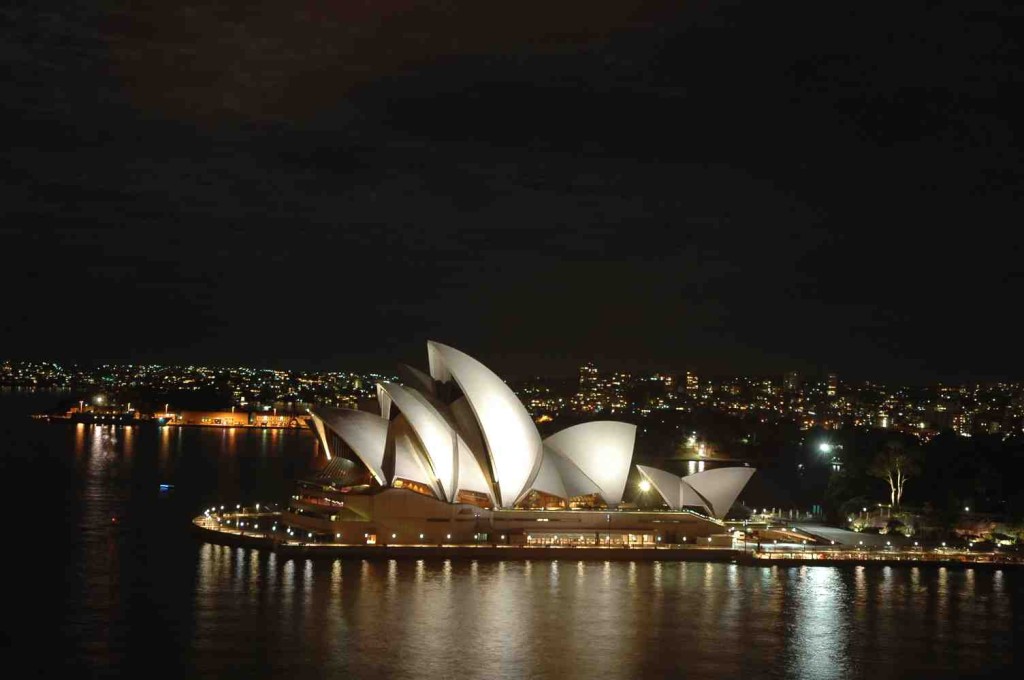 View of the Sydney Opera House taken from the walkway on the Sydney Harbour Bridge. (Copyright Silvia McCormack 2016)

Podcast 84 Quiz - Did you understand the podcast?

amazing sight = when a view is very, very good

announced = made public, when others are told

approach = when you go towards something

architect = a person who designs buildings

arrive = to get to a place

auditoriums = a room or hall where performances are held, for example, concert, plays, etc

budget = how much money you have to do a certain task

challenges = things that are very hard to do

community = the people who you live in your town or city

competition = when two or more people or teams compete to win

concrete = a hard material used in buildings, hard like a rock

construction = the process for making a building

controversial = when many people disagree about something

cultural = to do with how people live

disagreement = when two people do not agree on something

entrance = an opening, like a door or a place to enter

entries = the people who enter a competition

forecourt = a large area in front of a building

funding = an amount of money

invited = when someone asks you to do something

landmark = a place that is well known

likewise = when something is the same as something else

mention = to talk about something

operatic performances = a opera is a play with classical singing

originality = the degree to which something is not like other things

oversee = to control, to manage, to be the boss

Premier = the leader of the government in an Australian state

priceless = when something is very, very valuable

recognized = when a person or group accepts something as true, correct or known

recording studio = a place where songs or voices are recorded

renamed = when you change the name of something

resigned = when you leave your job

schedule = a timetable, the date when something must be finished

shells = found on the beach, the hard remains of small sea creatures

sidewalk = a place where you can walk, usually next to a road or a lake

situated = where something is, it’s location

stretching = (here) a view going a long way into the distance

treat = when you do something nice for yourself or somebody else

tribute = when you praise somebody

value = how much something is worth

vision = how you see something in the future